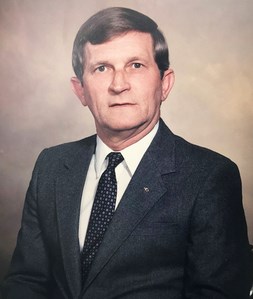 Mayor Bobby James Freeman passed away on Tuesday, November 2, 2021 at the age of 84. He served as a Lee County Commissioner for 10 years and as Mayor of Opelika for 10 years. One of his chief accomplishments as mayor was the construction of Grand National Golf Course by Retirement Systems of Alabama.

Mayor Freeman worked tirelessly to improve the lives of the Citizens of Opelika and Lee County. He served in the United States Army from 1956 to 1959.

Mayor Freeman was preceded in death by his parents, Norene Short Freeman Mayfield and James Carlton Freeman and his wife of 55 years Faye H. Freeman, his brother Wayne Freeman and sister Retha Freeman May. Bobby and Faye would have celebrated their 60th anniversary on November 4th. He is survived by his sons Jim (Gina), Neal (Suzanne), Gary (Stephanie) as well as his grandchildren Jason, Ryan, Carmen, Emily, Lawson, Jackson, and Hudson and one great-grandchild, Trace.

The Freeman family would like to thank Bobby's friend, Norma Johnson and her family for caring for him over the last 2 years. Your friendship has been a great comfort to our family.

The family will be having a private ceremony at a later date. They request donations to Flags for Vets, Inc in lieu of flowers at P.O. Box 1348, Auburn, AL 36830.

Published by The Opelika-Auburn News on Nov. 7, 2021.
To plant trees in memory, please visit the Sympathy Store.
MEMORIAL EVENTS
To offer your sympathy during this difficult time, you can now have memorial trees planted in a National Forest in memory of your loved one.
Funeral services provided by:
Jeffcoat-Trant Funeral Home
MAKE A DONATION
MEMORIES & CONDOLENCES
Sponsored by Jeffcoat-Trant Funeral Home.
5 Entries
Have known Mr. Bobby my entire life. He and my Dad were friends through the years. He and Mrs. Faye were always so kind. He will be greatly missed. Prayers for the family.
Donna Ballard Pitts,
November 19, 2021
Sending peace and comfort to such an amazing family.
Elizabeth Kelley
November 9, 2021
Rest in peace. Prayers to family.
Margaret Young (Brown)
November 8, 2021
So sorry to hear about Bobby. Love and prayers going out to them.
Pat Simpson Hertz
Other
November 7, 2021
Our condolences to the Freeman family during these trying times. May your fondest memories be cherished eternally.
James Strickland,PhD
Friend
November 7, 2021
Showing 1 - 5 of 5 results