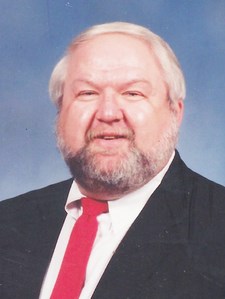 David Michael "Mike" Williams, of Florence, was born on May 10, 1955 at Fort Bragg, North Carolina, while his father was in the Army. He passed away at North Alabama Medical Center on April 7, 2021, following a long illness. He was preceded in death by his parents, Henry Thomas Williams and Dorothy Catchings Williams of Sylacauga.

Mike began his career in textiles while he was still in high school at B.B. Comer. After junior college and working at several textile plants, he was hired by Fruit of the Loom as industrial engineer, and later as an assistant plant manager. In 1999, when Fruit of the Loom began selling plants to other companies, Mike went to work for Lowe's in Tuscaloosa, then Long-Lewis Ford Lincoln Mercury in Muscle Shoals as a computer technician. Later, he went to work at The Home Depot as an Appliance Specialist, where he worked until 2016 when he retired due to health issues.

Remodeling and woodworking were Mike's favorite hobbies, and hunting, fishing, and outdoors were where he liked to be.

You are invited to leave condolences at www.elkinsfuneralhome.com.

1535 Hermitage Drive Florence, Alabama 35630
To plant trees in memory, please visit our Sympathy Store.
Published by The Opelika-Auburn News on Apr. 14, 2021.
MEMORIAL EVENTS
Apr
18
Celebration of Life
2:00p.m.
Edgemont United Methodist Church
1330 Euclaire Avenue, Florence, Alabama
Funeral services provided by:
Elkins Funeral Home - Florence
MAKE A DONATION
Please consider a donation as requested by the family.
GUEST BOOK
Sponsored by Elkins Funeral Home - Florence.
2 Entries
The Lord unto them that are if a broken heart. Lifting you up in prayer. God walks with you and offers peace in your time of sorrow. Thinking of you in your sorrow. Love you Judy
Teresa Balentine
April 15, 2021
Judi; Please accept my condolences for the loss of your husband, David. Daryl Cargile
Daryl Cargile
April 14, 2021