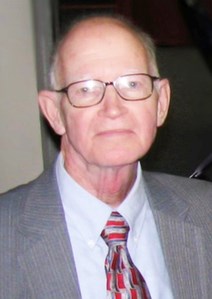 Douglas Fletcher Gafford (Doug) was born February 24, 1942 in Mobile and passed away at EAMC in Opelika on April 7, 2021 after a long and productive life. He was 79 years old.

Doug was preceded in death by his parents, Grace King Gafford and Fletcher Gafford. He is survived by his wife of 42 years, Cathy Dean Gafford, his daughter, Meg Gafford Beard and husband Tom, his grandsons Luke and Gabe Beard, his sisters Sandra Stuart, Linda Haigler and her husband, John, and his brother Larry Gafford and his wife, Charleene, as well as many nieces, nephews, cousins, and friends.

Doug spent his early years in Butler County, attending school and church in Chapman and later Georgiana. He attended college in South Alabama and graduated from Murray State in Kentucky with a BA in history. He later worked on a Masters Degree in Psychology at UAB. As a very young man, he worked for the state of Alabama helping build bridges on the interstate and always remembered those times and people fondly as he traveled around Alabama over the years. Very early in his career, he also worked for the Moore-Handley Hardware store in Greenville and spent two years in the Army as an MP helping guard the Nike Hercules missiles in the south Florida Keys. Prior to moving to Opelika in 1990, Gafford spent the majority of his professional career in management with Moore-Handley Homecrafters. After graduating from college, he opened stores for the widespread chain, hired their warehouse managers, later hired most store management personnel across the state, and served for many years as their Benefits Manager and First Aid Officer. And after the company was sold also became their Personnel Manager before moving to outside sales where he was honored for selling a Million Dollars in building materials in his first year. In Opelika, he worked for over a decade in outside sales with the Opelika-Auburn News and became a favorite of the automotive and real estate community. In retirement, he spent many happy days continuing to help anyone he could and making sure the family dogs got many hours of "travel time" in and around Opelika.

Doug was always active in his communities over the years. He played minor league baseball in Butler County, was on numerous baseball and softball teams across the state, served for many years as a Big Brother in the Big Brothers Big Sisters organization in Jefferson and Shelby Counties, volunteered as a First Aid instructor, served as a club officer in his local Kiwanis Club in Alabaster, was a member of IABC (International Association of Business Communicators) and was always an active church member. After he came to Opelika, he became a member of First Presbyterian Church, gave hundreds of hours to further the early literacy needs of at-risk young children across Alabama through Jean Dean RIF (Reading Is Fundamental)/Kiwanis and served as a Parks and Rec Girls Softball coach for some of his daughter's teams.

A genuine person "without pretense"- as a relative once described him - Doug Gafford loved God, his family, his extended family, the people he worked with over the years, his neighbors and the many dogs he befriended. He was an outstanding father and husband in every way. He loved his country and was proud of his time in the military. He was a talented artist and poet, and he loved words and learning, music, fishing, hiking, and sports. It was never his goal to be in the forefront but tirelessly shouldered every responsibility that came his way all of his life.

Funeral Services will be held in the Sanctuary at First Presbyterian Church of Opelika at 11:00 a.m. on Saturday, April 10 with Reverend Noah Kiser officiating.

The family wants to sincerely thank all those who kept in contact with Doug through his many hospital stays which provided him so much pleasure. If you are led to make a donation to honor Doug Gafford, he regularly supported the East Alabama Food Bank, the American Heart Association, the Museum of East Alabama, and Rescue K911- but any charity of your choice would honor Doug's legacy of kindness to others.

To plant trees in memory, please visit our Sympathy Store.
Published by The Opelika-Auburn News from Apr. 9 to Apr. 10, 2021.
MEMORIAL EVENTS
Apr
9
Visitation
5:00p.m. - 7:00p.m.
Frederick-Dean Funeral Home
1801 Frederick Rd, Opelika, AL 36801
Apr
10
Visitation
10:00a.m. - 10:45a.m.
First Presbyterian Church
, Opelika , Alabama
Apr
10
Funeral service
11:00a.m.
Sanctuary at First Presbyterian Church
, Opelika , Alabama
Funeral services provided by:
Frederick-Dean Funeral Home
MAKE A DONATION
Please consider a donation as requested by the family.
GUEST BOOK
Sponsored by Frederick-Dean Funeral Home.
9 Entries
I was sorry to hear about Doug's death, but reading about his various careers and civil leadership I felt proud to have known him. Doug, as outside advertising salesman, and me a general assignment reporter, were friends as we worked together for about 2 1/2 years. I also knew Cathy and Meg, as they occasionally stopped by the newspaper. It's a sad day to find this obit. But Doug will be remembered by many and be welcomed into Heaven very easily.
Gregory Markley
April 18, 2021
Cathy, I didn´t know Doug for a long time, and mostly when he and I were in the hospital at the same time. He always had a smile on his face and a word of encouragement. He will be missed. Love and sympathy to you and your family.
Rosemary Massingill
April 11, 2021
Doug and I built a lasting friendship during my years at Fuller Ford and James and Snell Ford. I would feverishly to get my newspaper ads ready because he was so deadline oriented. If he had to wait for me to complete them after he came to the dealership he would sit and talk while I finished. He would take my rough drawings and edit them into perfection. I loved Doug!!
Gary Snell
April 10, 2021
Cathy & Meg so sorry to hear of Doug's passing. It was a great pleasure working with him for many years. He was a such a kind soul. My thoughts and prayers to you all.
Kathy Faircloth
April 10, 2021
Cathy, Meg and family, Doug was an awesome friend. I'm so glad I got to spend time and work with him! I'll look at my Bear he gave Janie and I believe for Christmas one year. Such a sweetheart! He will forever be in my prayers! Prayers for you guys and family! God diffently gained an angel when Doug was called home! Love you guys! Dina
Dina Lidestri
April 9, 2021
In deepest sympathy on the loss of your loved one; may you find comfort in memories and peace in knowing he is resting with the Lord
Patricia A. Cooke
April 9, 2021
My first memory of Doug was when I drove my family´s float boat to a party for he and Cathy prior to their marriage. Spent the day on the water at Lake Martin and eating great food. Such fun and great memories!
Susan Newman Herring
April 9, 2021
May the love and peace of God comfort and strengthen you in this time of bereavement.
Patricia Echols
April 9, 2021
Cathy & Meg, We are deeply sorry for your loss. You are in our hearts and prayers.
Dennis & Terri Bisanz
April 9, 2021