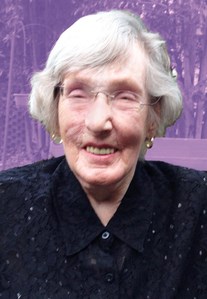 Janice Louise Koenig Ross, 94, of Auburn, AL, passed away on October 4th. She was born to parents Edna and Paul L. Koenig, on May 2, 1926 in Harrisburg, PA. Janice was a well-regarded fine artist specializing in larger than life size portraits. She worked as a Professor of Art at Tuskegee Institute for 23 years, mentoring many students, retiring in 1991.

While teaching, she also lectured in her field, was an artist-in-residence with the Art Studies Abroad Program through the University of Georgia in Cortona, Italy, in 1984, and was a participant the Fulbright-Hays Cross Cultural Study Tour of Traditional Arts and Crafts of Pakistan in 1986. In 1991, she was an artist-in-residence at the Vermont Studio Center in Johnson, Vermont.

A freelance artist who worked out of her private studio since 1969, Ms. Ross's work has mostly consisted of oil and painted portraits. Her work has been included in exhibitions in both oils and works on paper at such locations as the Montgomery Art Guild Museum and the Montgomery Art Guild Bank. The Albany Arts Gallery exhibit, Albany, CA, titled "Alone Together" in 2000 and the Chattahoochee Valley Art Museum exhibit, LaGrange, GA, titled "Through the Years "in 2003 were dual exhibitions with husband Conrad Ross. In 2003 her work was included in the Alabama Artist's Gallery, Montgomery, AL, Invitational "Alabama: Goat Hill to the Valley". Her works have earned her cash awards and several Merit Awards, as well as the Myrtle Cohen Memorial Award and the Kelly Fitzpatrick Memorial Award.

A member, founder and former president of Studio 218, a women artist's support group, Ms. Ross also served on the national advisory board to, and as secretary-general for, the Women's Caucus for Art. She was the project director and co-author of the first MFA survey program for the College Art Association of America.

The recipient of a technical assistance fellowship from the National Endowment for the Humanities in 1981 and the Alabama State Council on the Arts in 1991, Ms. Ross also received a Committee for the Humanities in Alabama grant in 1982 and Hambidge Center fellowships in 1997 and 2000. She has been included in several editions of Who's Who in American Education, Who's Who in the South and Southeast, and Who's Who of American Women. She was awarded the Who's Who Lifetime Achievement in 2018.

Falling in love with art while she was in college, Ms. Ross earned a Bachelor of Arts from Pennsylvania State University in 1947, where she studied with Viktor Lowenfeld and assisted him in the painting of two murals for the University. Dr. Lowenfeld was the founder of the Department of Art Education at Pennsylvania State University and is most well known for the Visual-Haptic Theory in Art Education. Ms. Ross then completed postgraduate coursework at both the Corcoran School of the Arts and Design in 1950 and American University between 1950 and 1951 before earning a Master of Fine Arts from the University of Illinois in 1954. She later completed additional postgraduate coursework at the University of Iowa in 1961.

Ms. Ross' works are in several permanent collections including Craig and Gaulden Architects, Greenville, South Carolina; Interlope Systems, Inc., Winston-Salem, North Carolina; Alabama Power Company and the Alabama Resource Center in Montgomery, Alabama; and the Auburn University President's Gallery and the Veterinary School at Auburn University. Her work is in many personal collections including Leslie and John Kuykendall, past president of Davidson College in Davidson, North Carolina; Mary and Tom Belser, Auburn, Alabama; and Carolyn and Gene Hunter of Opelika, Alabama.

Janice was a life long supporter of the disenfranchised and underserved. She worked for peace and justice in myriad ways, often simply through friendship and mentoring. Just out of college she spent a summer in Chicago working with youth through the Jane Addams Hull House Association, one of Chicago's largest nonprofit social welfare organizations. She was a long-time member of the League of Women Voters, and in 1965 helped register Black voters after the Voting Rights Act was signed into law and then helped drive them to the polls. In the early 1980's, she received an NEH fellowship to study contemporary visual forms and their use in the teaching of visual arts concepts at the Center for the Study of Popular Culture at Bowling Green University in Ohio. She then took her knowledge on the road teaching a community education class focused on raising participants' awareness in the ways visual media impact desire in advertising. In retirement, she trained as a mediator through the Alabama Center for Dispute Resolution.

Janice's concern for those without a voice extended to animals and the planet as well. She was a longtime supporter of the Lee County Humane Society and the World Wildlife Fund. She had friends of all ages, races and genders and through all walks of life, and was known and sought out for her ability to listen and give excellent advice.

In lieu of flowers, donations may be made to the Auburn Unitarian Universalist Fellowship, the Lee County Humane Society, or The World Wildlife Fund. A memorial of Janice's life and art will be held at a future date.

To plant trees in memory, please visit our Sympathy Store.
Published by The Opelika-Auburn News on Oct. 7, 2020.
MEMORIAL EVENTS
No memorial events are currently scheduled.
To offer your sympathy during this difficult time, you can now have memorial trees planted in a National Forest in memory of your loved one.
Funeral services provided by:
Jeffcoat-Trant Funeral Home
GUEST BOOK
3 Entries
I appreciate her living and giving. She was a great teacher at Tuskegee University, Alabama
Bettye Todd
December 23, 2020
My sympathy to my friend Katherine. I wish I could help ease your grief. You are in my thoughts.
Dana Rollins
October 9, 2020
I was a Clothing and Related Arts student in the 1973 Class. Ms.Ross was my Art History Teacher that expanded my mind while traveling through the various periods of time. Thank You for touching my life.Her spirit is now resting with God's Angels.♥