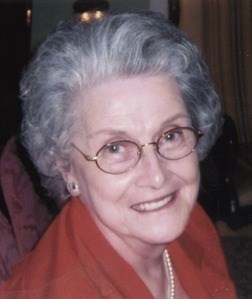 Jean McDaniel English, born on July 21, 1930 in Enterprise, AL, peacefully passed away at the home of her beloved daughter and son-in-law, Dorothy Jean Green Hine and Henry Hine, in Conyers, GA. Jean was predeceased by her parents Zelma Miley and Wilma Lee McDaniel; her husband Luther English; and her one and only favorite son, Charles Terry Green in 2020.

Known as Mother, Ms. Jean, Mama Jean, and Memaw, Jean English was a woman ahead of her time. A member of the Union Springs High School class of 1947 in Bulloch County, AL, she married, had her children and moved to Opelika in 1953. Never one to let circumstances get in her way, she worked in the Opelika Mill, Swiss Cleaners, West Point Pepperell, and started her first retirement in 1995. Seeing that retirement was not for her, she continued working as a data entry specialist, then a receptionist for a group of offices and finally retired at the age of 85.

Jean was a member of Airview Baptist Church in Opelika but later attended Purpose Baptist Church. In her spare time she volunteered with the Humane Society, was a member of the local American Legion Auxiliary, and enjoyed working the Auburn home football games with the Opelika Business & Professional Women where she also served as President. She enjoyed reading, her neighbors and friends, and travel. One outstanding delight was being given a trip to Europe by one of her employers.

As busy and active as she was during her long lifetime, the true joy in her life was her family, especially her grandchildren, her friends, her church, and her Sunday School Class Women of Faith. She loved her country, Opelika, music - especially gospel - and her Lord.

There will be a graveside service at Garden Hills Cemetery in Opelika, AL, officiated by her stepson, Rev. Terry English of Kentucky on Tuesday, September 21st, 11AM.

The family of Jean English would like to extend many thanks, and great appreciation to the wonderful people of Amedisys Hospice who attended to Jean during her illness.

Published by The Opelika-Auburn News on Sep. 19, 2021.
To plant trees in memory, please visit the Sympathy Store.
MEMORIAL EVENTS
Sep
21
Graveside service
11:00a.m.
Garden Hills Cemetery
Opelika, AL
Funeral services provided by:
Jeffcoat-Trant Funeral Home
MAKE A DONATION
MEMORIES & CONDOLENCES
Sponsored by Jeffcoat-Trant Funeral Home.
3 Entries
I so enjoyed Ms. Jean as a customer. I was her hairdresser at Headhunters,& she always acted as a lady & christian. She was so crazy about her children & talked about yall constantly, also very fond of her son-in-law.I know she will be missed.
Hildreth Schwiening
September 20, 2021
Dot I´m so sorry about your precious mama. I won´t be able to come to the service, but I´ll be thinking of you. I love you, and I know you´re going through a hard time. I will call you next week.
Wicky Poarch
Friend
September 19, 2021
Very sweet lady. I remember Ms. Jean at West Point Pepperell Mill. My dad worked in the Lab.
Vanessa Tate Craft
September 19, 2021
Showing 1 - 3 of 3 results