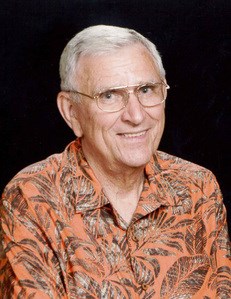 John T. Pianowski, Sr. was born December 03, 1941 to Theofil and Stella Siok Pianowski in Massachusetts. He died September 20, 2021 at Bethany House in Auburn due to complications of a stroke.

John graduated with a Master's in finance from University of Massachusetts Amherst. For many years he worked BAE system of Boston and he also served in the U.S. Army stationed at Fort Benning in Columbus, GA for basic training. He crossed over the river many a times to visit. He liked Alabama. Many years later he met and fell in love with an Opelika Girl. He married Judy Whatley Clark in 2009. For the next eleven years, Opelika became his home.

John was a man of faith. He was a member of St. Michael's Catholic Church in Auburn, AL. He also supported his wife Judy and her church, First Baptist Church Opelika. He made many friends and will be greatly missed.

John was preceded in death by his father and mother and only brother, Steven. His first wife, Dolores Marasca Pianowski - the mother of his three sons.

Left to cherish his memory are his three sons, John Pianowski, Jr., from Chelmsford Massachusetts; Scott Pianowski (Kit Morehead), from Berkley Michigan; and Chris (Karen) Pianowski, from Nashua, New Hampshire. One grandson, whom he loved with all his heart, Branden Pianowski, Chelmsford, Massachusetts. His wife of eleven years, Judy Clark Pianowski.

Services will be held Thursday, September 23, 2021 at Saint Michael's Catholic Church at 1100 N. College Street in Auburn, AL. Visitation will be 12:00 till 1:00 at the church with the service to follow at 1:00. Father Farmer will be officiating. Burial will be at Rosemere Cemetery located off Frederick Road on Long Street in Opelika.

Published by The Opelika-Auburn News on Sep. 22, 2021.
To plant trees in memory, please visit the Sympathy Store.
MEMORIAL EVENTS
Sep
23
Visitation
12:00p.m. - 1:00p.m.
St. Michael's Catholic Church
1100 N. College Street, Auburn, AL
Sep
23
Funeral service
1:00p.m.
St. Michael's Catholic Church
1100 N. College Street, Auburn, AL
Funeral services provided by:
Jeffcoat-Trant Funeral Home
MAKE A DONATION
MEMORIES & CONDOLENCES
Sponsored by Jeffcoat-Trant Funeral Home.
2 Entries
Dear Judy, My heart was so sad to hear of John´s passing! I only met him that one time over at Lynch Nissan in Auburn! As we waited on our vehicles to be serviced that day, I enjoyed getting to know your husband and some of y´all´s story! He made quite an impression on me in that short period of time! He was so friendly and open and interesting, just so easy to talk with! Y´all spoke of your love for Southern Gospel concerts which sure struck a cord with me since I have always loved Southern Gospel Songs and quartets etc. I know you will miss him so very much! I thought that day what a great couple y´all made and how much you two were just enjoying life! I am so glad you had those years with him! I will be thinking of you as John is laid to rest! My prayers are for you and his boys to find comfort in your sweet memories! Love & Hugs, Judy Robinson
Judy Robinson
September 23, 2021
thinking of you & the family
Hildreth Schwiening
Friend
September 22, 2021
Showing 1 - 2 of 2 results