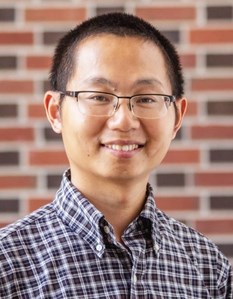 On October 22, 2020, two days after his 40th birthday, Dr. Lijun Xuan was suddenly taken from us. Lijun was a devout Buddhist, attending Temple every week. He was the epitome of a giving, caring Father, Friend, Mentor and Model Citizen. He was an avid gardener and shared his produce liberally with friends. At appropriate times, he would not ask if someone needed assistance, but rather he would just show up with the assistance. The spontaneity of his giving spirit extended in equal measure to his intellectual contributions. He was exemplary in his ability to shine a bright beacon in the most immediate directions leading to discovery, showing the way for both himself and teammates. In all things, Lijun was patient, he was kind, he did not envy, he was steadfast, he did not boast, he protected others, he hoped for the success of others, he kept no record of wrongdoing, and he was not easily angered.

But Lijun was far more than the consummate unassuming gentleman. Despite his short physical stature, he was a giant of giants intellectually. In 1998, Lijun joined the University of Science and Technology of China (USTC) in Hefei, Anhui, presently ranked No. 4 according to Nature's worldwide index ranking. He completed a Bachelor of Science degree in Thermoscience Engineering, and graduated top of his class in 2003. He then proceeded to take the National Post-Graduate Entrance Examination administered at Peking University, on which he received the highest score.

Between 2003 and 2006, Lijun pursued a Master of Science degree in Fluid Mechanics at Peking University, with a focus on advancing Peiyuan Zhou's statistical vortex structure theory. Intrigued by the challenges of turbulence theory, he continued to pursue his doctorate in Fluid Mechanics, working with Professor Jie-Zhi Wu in the State Key Laboratory of Turbulence and Complex Systems. He graduated in 2011, after receiving the 2010-2011 Doctoral Candidate Award for Excellence. His research led to highly accurate analytical predictions in full agreement with experimental results for the complex wave patterns of the water-hammer problem, which had remained essentially intractable since Joukowsky (1898). Lijun managed to obtain these solutions under both laminar and turbulent conditions and published the paper "Water Hammer Prediction and Control: The Green's Function Method," in Acta Mechanica Sinica in 2012. He also developed a novel, high-order Finite Integral Method (FIM), which unified the finite volume and Discontinuous Galerkin techniques, thus leading to higher precision while using a relatively small number of degrees of freedom. In 2010, Lijun became the first doctoral student in his group to publish the article titled, "A Weighted Integral Based Scheme" in the prestigious Journal of Computational Physics, the top ranked journal in the field of computational science.

From 2011 to 2013, Lijun joined one of the most prominent authorities on the Gas Kinetics Scheme, Professor Kun Xu in the Mathematics Department of Hong Kong University of Science and Technology, which was the top ranked university in Asia at that time. Among his achievements, Lijun discovered a closed-form analytical solution to the Bhatnagar-Gross-Krook (BGK) equation. This equation can be used to recover the Euler, Navier-Stokes and Burnett equations as special cases. As such, the BGK equation remained valid over a wide range of conditions ranging from continuum media to rarefied or dilute gases that could be encountered at high speed and in the upper regions of the atmosphere. The discovery of a tangible solution to the BGK equation was significant as it enabled the development of improved LES and RANS models. It also enabled the pursuit of additional solutions to the generalized Riemann problem. Based on Lijun's discovery, a highly efficient variant of the Gas-Kinetic Scheme (GKS) was constructed, thus leading to "A New Gas-Kinetic Scheme Based on Analytical Solutions of the BGK Equation," Lijun's second major article in the Journal of Computational Physics in 2013.

From 2013 to 2015, Lijun joined one of the most prominent authorities on high-order Discontinuous Galerkin (DG) methods, Professor Hong Luo, in the Department of Mechanical and Aerospace Engineering at North Carolina State University. This is when Lijun shifted his focus to the development of advanced, high-order methods that include the incorporation of gas kinetic fluxes to solve the Navier-Stokes equations. He also worked on the development of "Hydra-TH," a Thermal-Hydraulics code for nuclear reactor applications, which was led by Professor Luo and the Los Alamos Laboratory.

Lijun's discoveries at Auburn include a novel high-order "point-value enhanced" finite volume method, called PFV, which has immediate applications in the fields of computational fluid dynamics, heat transfer, aeroacoustics, and magnetohydrodynamics. This method, which is considered by many experts to be the next generation in high-order computation, led to two major articles in the Journal of Computational Physics, "A Point-Value Enhanced Finite Volume Method Based on Approximate Delta Functions," and "High-Order Point-Value Enhanced Finite Volume Method for Two-Dimensional Hyperbolic Equations on Unstructured Meshes" in 2018 and 2020. At the time of his death, he was preparing a groundbreaking article that describes an implicit PFV scheme that holds tremendous advantages in providing unconditional stability, high-order accuracy, and robustness.

Besides being a wonderful friend and colleague, Lijun was an exceptionally talented mathematician and fluid dynamicist. His work has led to numerous noteworthy contributions to high-order methods, turbulence, vortex-acoustic interactions, shockwave capturing, boundary-layer theory, gas-kinetic theory, hydraulics, water hammer, and compressible flow. In a relatively short period of time, he has coauthored: (1.) a stable high-order computational framework known as PFV, (2.) an improved Karman-Pohlhausen boundary-layer formulation, (3.) several exact solutions to the Blasius equation, (4.) a general solution to the water-hammer problem, (5.) a high-order weighted-integral based scheme capable of achieving tenth-order accuracy known as the Finite-Integral Method (FIM), (6.) a novel analytical solution to the Bhatnagar-Gross-Krook (BGK) equation, and (7.) a new, highly efficient and stable Gas-Kinetic Scheme.

Lijun's PFV method has been rigorously proven to be far more stable and efficient than any other computational methods in use today, including the leading Discontinuous Galerkin (DG) and Correction Procedure via Reconstruction (CPR) techniques. For example, his PFV method leads to an order of magnitude (10x) increase in speed of processing while achieving substantially greater stability. In short, it represents a very promising, next generation computational method. At the time of his death, Lijun had 23 publications counting 13 journal articles that include four that have appeared in the Journal of Computational Physics.

Lijun is preceded in death by his father, Bolin Xuan (1997) and is survived by his wife, Zhengzheng Wu; children, Yanru Lucy Xuan (Lucy, 8) and Joseph Baochen Xuan (Joseph, 5); mother, Furong Li; brother, Lide Xuan; and sister, Lixia Xuan. He was born on October 20, 1980 in the city of Anqing, southwest of Anhui province, People's Republic of China.

Special thanks are also due to the Auburn University Chinese Professional Association (AUCPA), the Department of Human Resources, Mindy Pate, Brooklyn Greenleaf, Heather Lee, Micah Melnick, and Dr. Blake Melnick, who provided relief for his wife and children. Special thanks to Dr. Homer H. Keadle and Dr. Meagan Mahoney, the vascular and pulmonary surgeons who saved Zhengzheng Wu's life after her pressure dropped to 20/16; Dr. Peter Jiang, for his kind assistance; and Mrs. Jessica Carden and Ginger Smith, the Case Managers at the Piedmont Columbus Regional Hospital; thank you to both Libo and Lixia Sun, Lijun's wonderful neighbors, who were among the first responders.

At Auburn, Lijun will be dearly missed by all of his friends and colleagues in engineering and mathematics. He is especially missed by Professors Majdalani and Hartfield, who worked very closely with him; by his wife and children, who adored him; by his neighbors, who appreciated him very much; and by all of his teammates, faculty, and students who knew him well.

In lieu of flowers, and to support his surviving family, a GoFundMe donation account has been set up at http://gf.me/u/y67awy. The funds will be used to support Dr. Xuan's children's education and care. All of the donations will go directly to the beneficiary account. 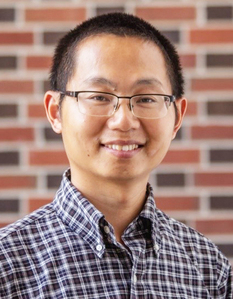