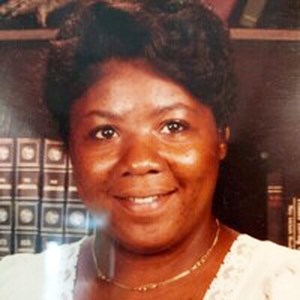 Patricia A. F. Reed, 69, was born on December 19, 1950 to the late Johnny Fowler, Sr and Farris R. Fowler. She was the oldest of four children. In addition to her parents, she was preceded in death by a sister Deborah D. Blount and a brother Johnny Fowler, Jr. She accepted Christ as her personal Savior and Christ accepted her as she was. She was a member of Thompson Chapel A.M.E. Zion Church and later transferred membership to Tabernacle Baptist Church, Beaufort, SC after marriage. She lived her life completely "Out Loud". You NEVER had to wonder what she was thinking.

She attended public schools of Lee County Alabama and was a 1969 graduate of J.W. Darden High School. She later attended Opelika Trade School and was certified as a Printer..

At age 4, she met the love of her life and if only you could hear the stories, that's love.

The love letter came several years later in the 5th grade. It went a little something like this: "When we get married, we gonna have twins, we're gonna name one of them Whisky and the other one Gin".

As the only child I wonder which one I am!!

She was joined in holy matrimony to the love of her life, Charles A. Reed on May 24, 1978 until she departed this earthly life. On the evening of October 13, 2020, Patricia closed her eyes one final time and took her eternal rest.

She was all about a good time (puff puff, pass pass) and family. Everyone she encountered knew that she had a passion for cooking and would feed any and everybody!

The family of Patricia A. F. Reed appreciate every act of kindness, FB posts, texts, calls, hugs, shoulders, and the listening ears shown during this time.