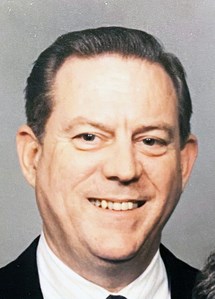 Vernon Eugene Wright of Auburn, Alabama passed away at the age of 78. Vernon Wright was born in Athens, Georgia to Harold and Janet Wright, who preceded his death along sister, Elzanne Moncus (Jerry), brother Ray Wright, and son Charles "Charlie" Vernon Wright. Vernon is survived by his wife Dorothy "Dottie" Wright, his sisters, Pat McNulty (Ken) and Jean Harris (Earl – deceased), Kay Camenisch (Robert), and son and daughter in-law Richard and Christine Hughey, grandson Austin Hughey, granddaughter Corey and husband and Gary Goodwin and their sons and the many nieces and nephews in the Wright Family. In 2018, Vernon and Dottie moved to Auburn-Opelika, Alabama area to be close to immediate family after previously living in Ft Valley, Georgia for 40+ years.

In 1969, Vernon earned his pilot wings and became a Naval Aviator. As a helicopter pilot, Vernon flew the Sikorsky SH-3A Sea King off the USS Hornet (CVS-12), the Bell TH-57 Sea Ranger as an instructor-pilot at Whiting Field, FL, the Boeing CH-46 Sea Knight as a Flight Deck Officer off the USS Guadalcanal (LPH-7). While assigned to HS-4 aboard the USS Hornet, Vernon was on scene and participated in both the Apollo 12 and Apollo 13 astronaut recovery missions. After 3 deployments and 10 years of honorable active-duty service, Vernon elected to transition out of the U.S. Navy in 1977 as a lieutenant commander select.

Vernon earned an MBA degree from Georgia College and State University, served as a long standing member of the RGNS Board of Trustees, served as an elder to Fort Valley Presbyterian Church, and was active with local Boy Scout Troop in support of his son, Charlie, who became an Eagle Scout. As a USNA Blue and Gold Officer, Vernon recruited future United States Naval and Marine Officers earning Commandant's List recognition in 1993, 1994 and 2005.

Vernon loved and cared for Dottie in so many ways during their 40 years of marriage. In the last 5 years, he stated that it was an honor and privilege to be Dottie's caregiver. We have lost a loving husband, father, grandfather, great grandfather, brother, uncle and friend in Vernon Wright. Memorial arrangements are yet to be determined. In remembrance, please consider a gift made to the Rabun Gap Nacoochee School (RGNS) Cupola Fund in lieu of flowers.

To plant trees in memory, please visit our Sympathy Store.
Published by The Opelika-Auburn News on Feb. 14, 2021.
MEMORIAL EVENTS
No memorial events are currently scheduled.
To offer your sympathy during this difficult time, you can now have memorial trees planted in a National Forest in memory of your loved one.
Funeral services provided by:
Jeffcoat-Trant Funeral Home
GUEST BOOK
2 Entries
Therese Ray
February 7, 2021
Vernon, we will miss you. Your dedication to Rabun Gap-Nacoochee School was so appreciated and will be remembered with gratitude. Condolences to your family. Rest in Peace, my friend.
Susan Odom
February 5, 2021