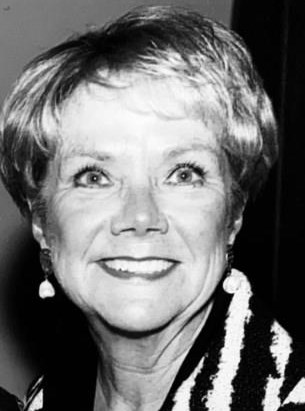 Barbara was a loving wife, devoted mother, doting grandmother, committed sister and loyal friend. Her love of family and enthusiasm for life will echo eternally in the hearts of those she touched.

Barbara was born to Lois and Richard Gauerke on April 15th, 1947 in Chicago, IL; Barbara relocated to Shreveport, Louisiana while in high school and immediately embraced the culture and revelry the state had to offer.

Barbara was a 1965 graduate of Byrd High School prior to graduating from Louisiana Tech University in Ruston from 1967-1971.

After college, Barbara started her family in Ruston, raising sons Richard and Shane Sumlin, the pride and joy of her life.

During this time, she led her family to a deep relationship with the Presbyterian Church which later evolved into Barbara working 12 years for the Presbytery of the Pines in Ruston, LA.

In 1994, she would begin a new chapter when she met her future husband and the love of her life, Dr. Robert "Bob" Chappell, Jr. from Odessa, Texas.

After dating long distance for 3 years, they were married in 1997.

Her move to Odessa, Texas would be the start of a wonderful, blended family that embraced the lives of daughters, Elizabeth and Catherine. When she arrived in Odessa, she jumped right in, making friends and becoming very active in the community. She served on boards in the area that included the Education Foundation and Ellen Noel Art Museum.

Bob and Barbara traveled extensively over the years yet always found their way home to Odessa, where their home served as the heart of countless holidays and gatherings for friends and family.