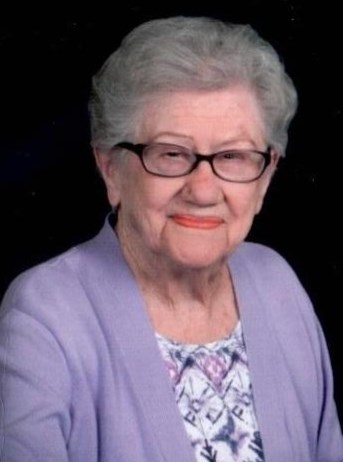 She was born on December 11, 1924 in Grice, Texas to Marion Harrison and Ethel Burnett Harrison. Marcelle graduated from Harmony High Scholl in 1942 at the age of 16. Upon graduation from high school she enrolled in Draughn's Business College in Dallas, TX. Upon graduation in 1942 Marcelle returned to Gilmer, TX to work for the U.S. Department of Agriculture.

In 1944, Marcelle moved to Waco, TX and enrolled in nursing school at Providence Hospital as a World War II Cadet Nurse. She completed her training in February 1947 with her Registered Nurse degree. While a student, she met Charles Anderson Southerland, Jr. when he was a patient at Providence Hospital. After a whirlwind courtship, she and Chuck were married on October 24, 1947 in Waco, TX, thus beginning a 57 year love story. Upon Chuck's graduation from Baylor University in 1949, Chuck & Marcelle moved to Houston, Texas.

While in Houston, Marcelle worked as a nurse until the birth of their daughter Patti, in 1957. After Patti's birth, the family moved to Dallas, TX. Marcelle was very involved in Calvary Baptist Church of Oak Cliff, teaching Sunday School, working with the Youth, the WMU, teaching GA's, and serving in other capacities as needed. Her servant leader attitude was admired by all she came in contact with.

Due to Chuck's failing health, Marcelle and Chuck moved to Midland, Texas in 2002 where they lived in the Village at Manor Park. They joined Wilshire Park Baptist Church where Marcelle continued to teach Sunday School until she was 92 and moved into the Helen Greathouse Manor in September, 2017.

Marcelle was known to family and friends as one of the most godly women they came in contact with. She accepted any obstacle in life with grace and humility. She was known to her family as a mighty prayer warrior, praying daily for each family member. GranGran was the one to call when anyone felt the need for an extra prayer. She would always ask how things turned out and thanked God for answered prayers.

Marcelle was preceded in death by her parents, husband Chuck, brother Hershel Harrison, and sister Mary Jo Moody. She is survived by her daughter Patti Thrasher and husband Bill of Odessa, Texas; grandson Brian Thrasher and wife Stephanie of Flower Mound, Texas; and granddaughter Amy Henry and husband Tyler of Odessa, Texas. She is also survived by 5 great-grandchildren, Ella and Landon of Odessa, Texas; and Brooklyn, Charlie, and Weston Thrasher of Flower Mound, Texas; along with several nieces and nephews and their families.

Burial will be held at Resthaven Memorial Park in Midland, Texas on July 22, 2021 at 9:00 am. A Memorial Service will follow interment at 11:00 am July 22, 2021 at Stonegate Fellowship Odessa. In Lieu of flowers, donations may be made to Books Are the Beginning, 2625 Rolling Oaks, San Marcos, TX 78666, or Home Hospice of Odessa. The family would like to extend gratitude and love to Calvert Home Health Care, Home Instead and Home Hospice of Odessa for their support and care for Marcelle during her last weeks.
Published by Odessa American on Jul. 22, 2021.
To plant trees in memory, please visit the Sympathy Store.
MEMORIAL EVENTS
Jul
22
Memorial service
11:00a.m.
Stonegate Fellowship Odessa
TX
Jul
22
Burial
9:00a.m.
Resthaven Memorial Park
Midland, TX
Funeral services provided by:
Ellis Funeral Home
MAKE A DONATION
MEMORIES & CONDOLENCES
Sponsored by The ODESSA AMERICAN.
2 Entries
With deepest sympathy may the power of prayer ease your sorrow, bring you peace and provide comfort for you during this difficult time. Matthew 21:22.
Francisco V.
July 24, 2021
In loving memory of a wonderful person. We will love you and miss you always. Thank you for your support and prayers you showed me during my hard times. I miss not having you here at HGM.
John Hernandez
Work
July 22, 2021
Showing 1 - 2 of 2 results