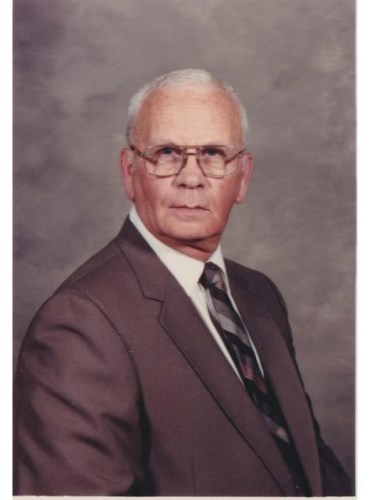 Memorials: In lieu of flowers, please consider a donation to the charity of your choice.

Don was born on January 14, 1931, in Haskell, Texas, to Don C. Bradley and Mozelle Petty Bradley. He graduated from Matador High School in 1948. He took courses at Hardin-Simmons University and Tarleton State College before enlisting in the US Navy in 1951. He served his country during the Korean War and was honorably discharged in 1955.

Don met Jo Nell Matthews in Childress, and they were married there on May 30, 1958. After he graduated from North Texas State University, the two moved to Odessa, Texas in 1959 where Don took his first job as a teacher during the opening year of Permian High School. In 1960, he began a 34-year career with the Texas Highway Department, beginning as a materials analyst and ultimately promoted to District Laboratory Supervisor. He enjoyed working in the Lab, or "playing in the dirt" as he liked to tell people.

Don served as the Assistant Scoutmaster for his son's Boy Scout troop, and enjoyed camping, hiking, and backpacking. He also helped coach his daughter's church softball team. Don and Jo Nell were members of Immanuel Baptist Church for many years, where Don served as a deacon. More recently they were members at First Baptist Church of Odessa, and in both churches, they gained enduring friendships in their Sunday school classes.

In their retirement years, Don and Jo Nell enjoyed being season ticket holders to the Permian Panthers football games, and regularly took road trips to watch MOJO in the football playoffs. They enjoyed traveling with Jo Nell's sister and brother-in-law to Branson, Las Vegas, or other points of interest.

Don was preceded in death by his parents.

Survivors: He is survived by his loving wife of 63 years, Jo Nell; his son, Joe Don Bradley of Houston; and his daughter, Deedra Jones and her husband Terry of Benbrook. He is also survived by Jo Nell's two nieces, Jo Carole Dickson, and Jackie Flood; nephew, Rodney Lewis; and numerous grand nieces and nephews.
Published by Odessa American on Jul. 26, 2021.
To plant trees in memory, please visit the Sympathy Store.
MEMORIAL EVENTS
Jul
26
Graveside service
2:00p.m.
Childress Cemetery
Childress, TX
Funeral services provided by:
Winscott Road Funeral Home
MAKE A DONATION
Please consider a donation as requested by the family.
MEMORIES & CONDOLENCES
Sponsored by The ODESSA AMERICAN.
0 Entries
Be the first to post a memory or condolences.