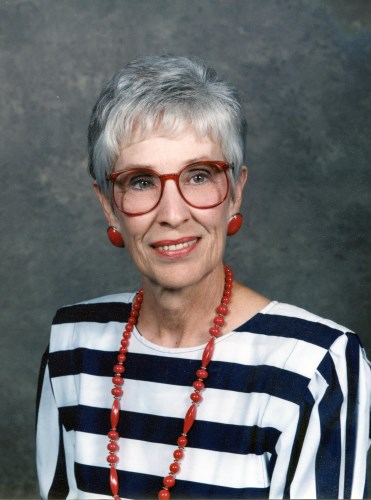 FUNERAL HOME
Sunset Memorial Gardens & Funeral Home
6801 E. Business 20
Odessa, TX
ODESSA - Dorothy Lois Harper Davis of Odessa, TX passed away on Sunday, July 18, 2021, after a lengthy battle with Alzheimer's disease. She was born on September 3, 1932, to Ernest and Maggie Mae Harper. She is survived by her daughter, Terry Ann Unruh and husband Terry; 3 grandsons: Bryant Unruh and wife Shannon, Bradley Unruh and wife Justine, and Brent Unruh and wife Brooke; and 4 great grandchildren: Maggie, Luke, Hazel, and Grayson, and two great granddaughters on the way in the coming months. She was preceded in death by her husband of 54 years Thomas Aubrey Davis in 2010. Dorothy graduated from North Texas University and taught school in Odessa for over 30 years. She married Tom on November 22, 1956. Dorothy had an immense love for music and was the choir director at Westminster Presbyterian Church for many years. Dorothy was also one of the founding members of the Midland Odessa Symphony and Chorale, playing the cello. She had the opportunity to play with the Moody Blues, Roy Clark, Eddie Arnold, and many others. She continued to participate in the symphony for over 50 years.

Upon her retirement from teaching, Dorothy remained just as busy with new hobbies. She became a "pink lady" at the hospital, took up golf, and was active in the women's golf association. Her greatest enjoyment was spending time with her family. She and her daughter Terry were best friends. She also loved her dogs. Dorothy and tom were permanent fixtures at their grandson's sporting and music events. They were very proud of the young men that they became. Besides being active in all her extracurricular activities, Dorothy loved to sit on the back patio, listen to music, watch the birds, and visit with friends and neighbors. Terry would like to thank the private caregivers that took such wonderful care of her mom and the past and present staff of Orchard Park. She would also like to thank all the friends and neighbors who offered care and support over the years. In lieu of flowers, memorials may be sent to the Alzheimer's Foundation, Odessa Humane Society, or Westminster Presbyterian Church. A Private Graveside Service will be held at Sunset Memorial Gardens on Thursday, July 22, 2021. A Memorial Service will be held at 12:00 PM at Westminster Presbyterian Church. Arrangements are under the direction of Sunset Memorial Gardens & Funeral Home. To send condolences to the family, please sign her guestbook at www.sunsetodessa.com.

Published by Odessa American on Jul. 21, 2021.
To plant trees in memory, please visit the Sympathy Store.
MEMORIAL EVENTS
Jul
22
Memorial service
12:00p.m.
Westminster Presbyterian Church
4901 Maple, Odessa, TX
Funeral services provided by:
Sunset Memorial Gardens & Funeral Home
MAKE A DONATION
MEMORIES & CONDOLENCES
Sponsored by The ODESSA AMERICAN.
4 Entries
I knew and admired Dorothy for many years, as a Sympnohy Board member and as a delighted member of the audience, listening to her beautiful Cello performance. She will always be remembered.
BBerniece Johnson
Friend
July 22, 2021
Terri I am so sorry for your loss. She had a great life and touched many lives . She raised a great kid who loves her very much. And she knew God and is at peace now. She will be waiting for you when your time comes. I love you.
DALILA OLIVA
Friend
July 22, 2021
So sorry to hear about your Mother. I always enjoyed playing golf with her. I am so sorry for your loss
Janie Phillips
July 21, 2021
Terry, I´m so sorry about your beautiful mom! It doesn´t matter how old they are, we are not prepared to lose our moms. Shelley
Shelley Barker
Friend
July 21, 2021
Showing 1 - 4 of 4 results