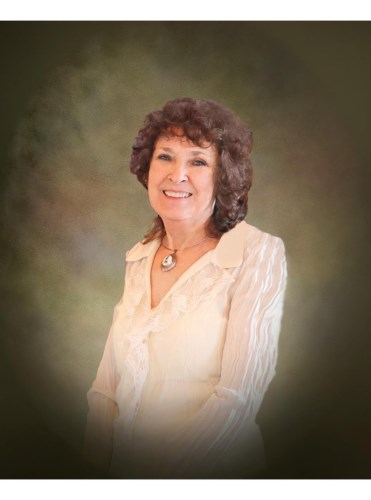 FUNERAL HOME
Wells Funeral Homes
296 West Main Street
Waynesville, NC
WAYNESVILLE, NC - Mary Jo Ayres Reeter Hunt was born on February 27, 1942, in Gatesville, Texas, to Robert Joseph Ayres and Mary Dorothy Fay Franklin Ayres. After an unforeseen diagnosis of a brain tumor, she went to be with her Lord and Savior on November 12, 2021.

A celebration of Mary's life will be held at the Gatesville Funeral Home located at 2425 E. Main Street on Saturday, December 4, 2021 at 2:00 p.m., with Deral McWhorter officiating.

Mary grew up in Gatesville and graduated with honors from Gatesville High School in 1960. She was elected to the school's roster of Who's Who for the 1959-1960 school year. Her Daddy bought a piano so she could learn to play "Under the Double Eagle" and she was able to accomplish this without the benefit of one single piano lesson. She possessed the extraordinary talent of being able to play music by ear. She could simply hear the song and then turn around and play it. Mary utilized these talents to play hymns in the church. Her musical gifts did not stop with the piano. She also played the snare drums in the high school band.

She attended Durham Business School and then worked as a Dental Assistant until she met and married Jed Norman Rueter in 1960. They moved to Odessa, Texas, and were married for 34 years. While living in Odessa, Mary was a member of the Temple Baptist Church where she taught Sunday School lessons to children. She took real estate courses and worked for her good friend Karen Stepp who owned Gold Key Realtors. Mary also owned and operated MJR Income Tax Service and developed a clientele that turned into many lifetime friends.

In 2007, she had the opportunity to travel to Israel to visit the Holy Land with a group from her church.

Being the adventurous spirit, Mary moved alone to Waynesville, North Carolina, during the Fall of 2013. Mary loved the cool, wet weather, the green plants, grass, trees and the wide range of wildlife found in the mountains. If there was one thing that Mary really enjoyed, it was camping. All one had to do is mention the word and she was ready to drop everything and go. She especially enjoyed going to the Elkmont Campground located in the Great Smoky Mountain Mountains National Park to view the spectacular synchronized fireflies. She also loved spending time when she could at her cabin in Westcliffe, Colorado, and at her ranch in Coleman, Texas.

After an eight-year long distance courtship with John Wayne "Skipper" Hunt from San Angelo, Texas, that began with some "match making" from a friend, Mary and Skipper were married on May 11, 2021. The marriage took place at the historic Miss Caroline's Wedding Chapel in Maggie Valley, North Carolina. It was truly a fairy tale wedding and ended with a camping trip to the Outer Banks on the Atlantic coast.

After her relocation to North Carolina, Mary became a "virtual member" of the First Baptist Church in Spartanburg, South Carolina. She faithfully watched the televised sermons delivered by Dr. Don Wilton and supported the ministries of this church long distance. This was the church that Billy Graham attended before he passed.

Mary was preceded in death by her parents, her younger brother, Robert Dale Ayres, and her favorite aunt, Frankie Lee Anderson.

She is survived by her husband, Skipper, her daughter, Laurie Reeter-Brown and her husband, Jay, of Irving, Texas, her son Jeffrey Keith Rueter of Bedford, Texas, granddaughter Mia Winter, and her husband Matthew of Westbrook, Maine, three sisters, Doris Turner of College Station, Texas, Pat Kasting of Gatesville, Texas, Bobbie Tippit and her husband Jerry of Gatesville, Texas, many cousins, nieces, nephews, Uncle Robert (Bob) Clinton Anderson of Rockwall, Texas, and dear friend, Susan Wise and her husband, Greg, of Austin, Texas. Additional survivors include the members of Skipper's family, Jalain Scott and her husband Colin of Midland, Texas, Robert Hunt and his fiancée Yesenia, also of Midland, Texas, Laura Macias and her husband Sean of Moore, Oklahoma, Wesley Hunt and his wife Marissa of Albuquerque, New Mexico, and Haley Standridge and her husband Sam of The Colony, Texas, grandchildren from Skipper's family, Kylee and Chandler Bagley of Weatherford, Texas, Bailey, Callie, and Caleb Macias of Moore, Oklahoma, Claire Hunt of Midland, Texas, Lilly and Wesley Hunt of Albuquerque, New Mexico, and many cousins, nieces, nephews. She also leaves behind her furry children, Tseena, and Sweet Pea.

Too many to mention by name, Mary was well known for her generosity to numerous charitable organizations. The family would be honored if memorials were made, in lieu of flowers, in Mary's name to a charity of your choice.

A special recognition and note of thanks are extended to Jerry Hunt and Greg Pittmon for the love, support and care that they extended to Mary during this most difficult time.

Mary Reeter Hunt definitely was a free spirit and she entertained one and all with her exciting magical adventurous stories that were always concluded with these words, "It's the truth, I can't make this stuff up"! She will be greatly missed.

The care of Mrs. Hunt has been entrusted to Wells Funeral Home of Waynesville and an online memorial register is available at "Obituaries" at www.wellsfuneralhome.com
Published by Odessa American on Nov. 21, 2021.
To plant trees in memory, please visit the Sympathy Store.
MEMORIAL EVENTS
To offer your sympathy during this difficult time, you can now have memorial trees planted in a National Forest in memory of your loved one.
Funeral services provided by:
Wells Funeral Homes
MAKE A DONATION
Please consider a donation as requested by the family.
MEMORIES & CONDOLENCES
Sponsored by The ODESSA AMERICAN.
2 Entries
MARY was a real Blessing in our life for over 50 years beginning with Friends in Sunday School Class at 2nd Baptist Church In Odessa. then we all moved to a different church. and she was truly Blessed and HAPPY with Skipper as her Gift from God. we will Miss that Sweet Smile!!! see you on the other side!!!
ELIZABETH clay / DAVID clay
November 23, 2021
May God bless you and your family in this time of sorrow. Mary Jo and I was best friends at Gatesville Junior High School, I will always remember her.
Pauline McBride Burnett
School
November 21, 2021
Showing 1 - 2 of 2 results