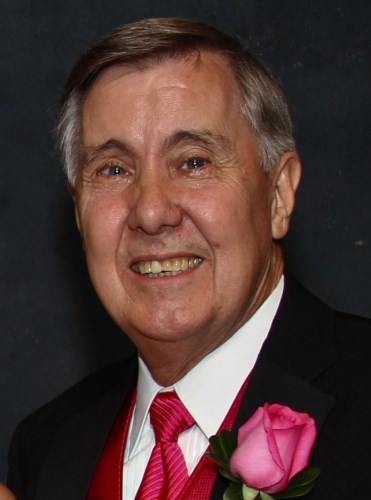 BORN
1946
DIED
2021
FUNERAL HOME
Sunset Memorial Gardens & Funeral Home
6801 E. Business 20
Odessa, TX
ODESSA - Mr. Robert "Bob" Darrell Childers passed away on September 7, 2021, in Odessa, Texas at the age of 75. Bob is survived by his sister, Judy White and husband Buddy of Grand Prairie, TX; daughters, Christie Wagner and husband Chris of Odessa, TX and Cara Hicks and husband Derek of Andrews, TX; the lights-of-his-life grandchildren, Madison, Kenna, Cameron, Carson, Emry, Caylen, Abby, Case, and Wylie; and so many special nieces, nephews, cousins, amazing friends, and Army buddies. He is preceded in death by his parents, Charles and Lovetta Childers of Odessa, TX and his wife, Shelli Childers of Odessa, TX. Bob was born on July 26, 1946, in Odessa, TX. He graduated from Permian High School in 1965 and Southwest Texas State University with a degree in accounting in 1973. He bravely served in boot camp and an Army tour in Vietnam from 1968-1970 in the Alpha Company, 1st battalion, 2nd regiment, 1st infantry division (Black Scarf Battalion, Ramrods, Big Red One) where he earned many distinguished honors, including the Air Medal Purple Heart, National Defense Service Medal, Vietnam Service Medal with 2 Bronze Service Stars, Republic of Vietnam Campaign Medal, Combat Infantryman Badge, Vietnamese Cross of Gallantry, and Bronze Star Medal with V Device. He met and then married Katherine Michelle (Shelli) Childers in Austin, TX on May 22, 1971. After moving to Odessa, TX, Bob began working for Childers, Martin & Co. as an accountant and later achieved his CPA certification. He continued to serve Odessa and his community with his talents until his passing. His children and grandchildren remember him as a driven, devoted, giving, supporting father and Pa who encouraged them to reach their goals and made everyone around him want to be best they could be. Bob supported his children in all their activities, including volunteering and devoting much time to the PHS band booster club. He also followed his grandchildren in all their activities and took every opportunity to cheer them on. He enjoyed fishing, attending the yearly reunion of the Black Scarves Battalion, and agitating his daughters, wife, grandkids, and all their friends. He was a witty and dedicated individual who loved sports, especially football, and was most passionate about Permian and Odessa High School, the Texas Longhorns, and the Dallas Cowboys. He was a regular attender of Crossroads Fellowship and lived by the word of God. Memorial Services are scheduled for Monday, September 20th at 10 am at Crossroads Fellowship with interment to follow at Sunset Memorial Gardens. Pastor Stan Britton will officiate the ceremony. All are welcome to attend and celebrate Bob's life. Honorary pallbearers include Mike Thomas, Buddy White, Walter Hagood, Fred Martin, and Andrew Hagood. Randy White, Stacy White, Alan Thomas, Chris Wagner, Derek Hicks, and Danny Hicks will serve as pallbearers. The family would like to thank all caregivers for their efforts in his care. Services entrusted to Sunset Memorial Gardens & Funeral Home. To send condolences to the family, please sign his guestbook at www.sunsetodessa.com.