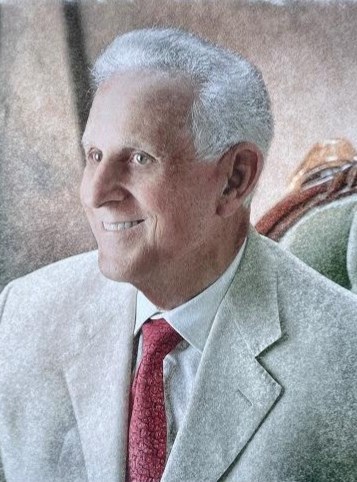 BORN
1929
DIED
2021
FUNERAL HOME
Kreidler Funeral Home
314 North 10th Street
McAllen, TX
BELTON - Robert Louis (Bob) Schwarz, 91, passed away on July 21, 2021 at his home in Belton, Texas. He was born to Billie Irene (McCaslin) and Arthur Edgar Schwarz on November 29, 1929 at his grandparents' home in Mercedes, Texas. He was raised on a farm owned by his father and grandfather and spent countless hours working on the farm. He graduated from Mercedes High School in 1948 and spent the next year farming. During the summer of 1949, a young ministerial student from Baylor University, came to work at the First Baptist Church in Mercedes and befriended Bob. One Sunday near the end of the summer, the ministerial student convinced Bob to enroll at Baylor. Bob went home, packed up his car with everything he thought he would need and left for Baylor the next day.

While at Baylor, Bob served on and lead a number of Baylor organizations, including serving as president of the Baylor Chamber of Commerce and the grand marshal of the homecoming parade. In his sophomore year, following the outbreak of the Korean War, Bob joined the Air Force ROTC. Shortly before the start of his senior year at Baylor, Bob enrolled in Baylor University School of Law, where he quickly found one of his life's passions-the practice of law. Bob graduated from law school in 1955 and served as co-editor of the Baylor Law Review.

Another life changing event occurred in a Baylor dorm in the fall 1952 when Bob met the love of his life, Bette Lu Nichols. They were married on May 30, 1953 at First Baptist Church in Gatesville, Texas and were blessed with sixty-three (63) years of marriage. After graduating from law school, Bob was assigned to the U.S. Air Force Base in Harlingen, Texas as a member of the Judge Advocate General (JAG).

After serving with JAG for two years, Bob joined the McAllen law firm that ultimately became Atlas, Hall & Rodriguez where he practiced law throughout his entire career. Despite his busy practice of law, Bob was active in his community. He served on the board of directors for the Rio Grande Children's Home, Buckner Baptist Children's Home, and the Salvation Army. Bob was also the President of the McAllen Lions Club and a Deacon at First Baptist Church, McAllen. Bob was also a charting member of the Baylor President's Club.

Sports were also one of Bob's life-long passions. While at Mercedes High School, Bob played football, basketball and pole vaulted for the track and field team. Bob attended the first Baylor football game at Floyd Casey stadium in 1950 and he attended the last game at the stadium, sixty four years later, on December 7, 2013. He also attended many football games, including the first one, at the new McLane Stadium. In addition, Bob attended countless Baylor men's basketball and women's basketball games in the Ferrell Center. He watched Baylor tennis matches and became a fan of Baylor women's soccer when his granddaughter joined the team.

Bob's love for Baylor University and Baylor Law School trickled down to his family; all three of his children attended Baylor or Baylor Law School and three of his five grandchildren went to Baylor. He was always eager for a conversation about Baylor sports and enjoyed cheering the men's and women's basketball championship teams.

Bob loved his Lord and Savior, Jesus Christ, his family, his friends, his church family and all things Baylor. Preceding him in death were his parents and his brother Jack Schwarz, and his beloved wife Bette Lu (Nichols) Schwarz. He is survived by his children, Robert Louis (Bobby) Schwarz II and his wife Tammy of Odessa, William Arthur (Butch) Schwarz and his wife Mary Jane of McAllen, and Barbara Schwarz Young and her husband Dr. Keith Young of Belton, and his grandchildren Robert Louis (Trey) Schwarz III of Midland, William Albert (Tate) Schwarz and his wife Kelli of Odessa, Aynsley Kay Young of Dallas, Dr. Hadley Kay Young of Temple, and Brentyn Allen Young of San Antonio. During his last years Bob was cared for by his devoted caregiver Jovenia Manley with assistance from two other caregivers, Bernard and Allison Day, who will forever be family.

A visitation will be on Friday, July 30, 2021 from 5:00 PM to 7:00 PM and a celebration of life will be held at First Baptist Church McAllen on Saturday July 31, 2021 at 10:00 AM. In lieu of flowers, the family suggest memorials be made to Baylor University School of Law Faculty Fund (University Development, One Bear Place #97026 Waco, Texas 76798-7050), First Baptist Church McAllen "Refresh First," or a charity of your choosing.
Published by Odessa American on Jul. 25, 2021.
To plant trees in memory, please visit the Sympathy Store.
MEMORIAL EVENTS
Jul
30
Visitation
5:00p.m. - 7:00p.m.
First Baptist Church
McAllen, TX
Jul
31
Celebration of Life
10:00a.m.
First Baptist Church
McAllen, TX
Funeral services provided by:
Kreidler Funeral Home
MAKE A DONATION
MEMORIES & CONDOLENCES
Sponsored by The ODESSA AMERICAN.
2 Entries
I had the pleasure of Bob's company on the golf course many times and he was always a great gentleman to be around. Our thoughts and prayers reside with Butch, Mary Jane and the rest of his family.
Lauro Guerra
July 26, 2021
Such a wonderful and caring soul. We have many sweet memories of this gentle, soft spoken ,humble man. A great lawyer and family friend for years. God Bless his friends and family. May he Rest In Peace.
Janet Bob Vackar
Other
July 25, 2021
Showing 1 - 2 of 2 results