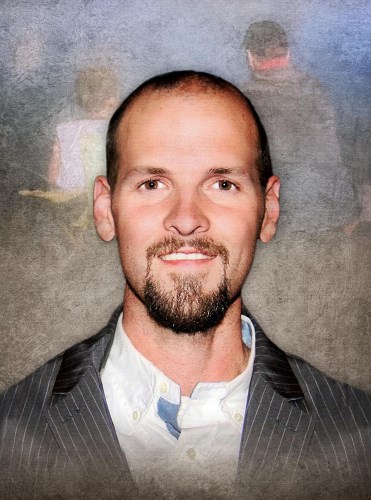 BORN
1986
DIED
2021
FUNERAL HOME
Sunset Memorial Gardens & Funeral Home
6801 E. Business 20
Odessa, TX
MIDLAND - Stuart Alan Kunkel passed peacefully from this life Saturday, May 29, 2021. Rosary and visitation were held Tuesday, June 1, 2021, at Sunset Memorial Funeral Home in Odessa, Texas from 6:00 pm to 8:00 pm. A funeral service to commemorate his life was held Wednesday, June 2, 2021, at 10:00 am, at St. Joseph's Catholic Church, Odessa, Texas. Pall bearers were DJ Hayes, Eric Bryan, Silver Villalon, Marcos Ferrel, Juan Morales, and Oscar Ferrel. Burial followed at Sunset Memorial Gardens in Odessa, Texas. Stuart was born July 12, 1986, in Odessa, Texas, to Curtis and Martha Kunkel. He graduated from Permian High School and attended Odessa College. He studied martial arts with Master Cotton Hayes, achieving his black belt. He married the love of his life, his "bonita," Laura Morales, on June 27, 2009. Together they created a home and later that year, they welcomed their son, Isaac. Stuart worked his entire career as a commercial driver for Glazer's Beverages in Odessa, Texas. In his free time, he was an actively involved and dedicated father, a fishing partner, and a grill master. He was generous to a fault when it came to helping others. He was a loving and devoted husband, father, family member, and friend, and his family and friends will miss him deeply. Stuart was preceded in death by his grandparents, Gene and Mary Roach of Odessa, Texas, and Leonard and Viola Kunkel of Odessa, Texas. Stuart is survived by his wife, Laura, and his son, Isaac, of Odessa, Texas. He will be greatly missed by his mother, Martha Kunkel, of Santa Fe, New Mexico, his sister, Elizabeth Thompson, and niece, Ella Thompson, of Austin, Texas. Also grieving his loss are his Suegrita, Maria Morales of Plains, Texas; brother-in-law, Juan Morales and wife, Mari, of San Antonio, Texas; four sisters-in-law, Rosa Ferrel and husband, Oscar, of San Antonio, Texas; Mary Villalon and husband, Silver, of Amarillo, Texas; Martha Reyes and husband, Francisco, of Amarillo, Texas; and Kristian Morales and family of Odessa, Texas. Nieces and nephews Brianna, Jasmyn, Marcos, Carlos, Vanessa, Mireya, Gabi, Aaron, Angel, and Natalya will miss their Uncle. Your thoughts and prayers are appreciated by Stuart's loved ones at this difficult time. "For I know the plans I have for you," declares the LORD, "plans to prosper you and not to harm you, plans to give you hope and a future." Jeremiah 29:11, N.I.V. Bible.

Published by Odessa American on Jul. 18, 2021.
To plant trees in memory, please visit our Sympathy Store.
MEMORIAL EVENTS
To offer your sympathy during this difficult time, you can now have memorial trees planted in a National Forest in memory of your loved one.
Funeral services provided by:
Sunset Memorial Gardens & Funeral Home
MAKE A DONATION
MEMORIES & CONDOLENCES
Sponsored by The ODESSA AMERICAN.
1 Entry
My condolences.
Danny Bailey
Friend
July 18, 2021
Showing 1 - 1 of 1 results