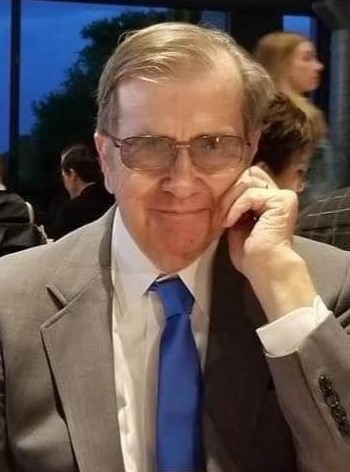 FUNERAL HOME
Watts Funeral Home - Madill
200 South First
Madill, OK
KINGSTON, OK - William 'Bill' Jerry Phillips, 80, of Buncombe Creek, Oklahoma passed away Tuesday, July 20, 2021, in Madill. He was born to the late Harold Franklin Phillips and Josie Helen Skiver Phillips on November 1, 1940, in Borger, Texas. Bill was raised in Borger, and later moved to Lefors, Texas where he graduated high school in 1960. He married his high school sweetheart Sandra Dianna Call on August 30, 1960 in McLean, Texas. Bill moved to Ulysses, Kansas where he worked for Cities Service Helex, Inc. He joined the Ulysses Masonic Lodge #435, became a Master Mason, and earned his Scottish Rite degrees for freemasonry. He was a member of the Baptist Church. In 1974 he moved to Odessa, Texas to work as an Operations Plant Manager for Cities Service, and finished his career as an Area Manager with Western Gas Resources. During his time in Odessa, he was an avid Mojo football fan. Upon retiring, he and Sandy moved to Buncombe Creek where he enjoyed working on cars and tractors, and spending time with those he loved most. He is survived by: Wife: Sandra Phillips, Buncombe Creek, Oklahoma

Bill was preceded in death by his parents and 1 brother Bobby Harold Phillips. Memorials may be made to the Shriners Hospital for Children of your choice. Funeral Service will be Monday, July 26, 2021 at the Highland Park Cemetery, Borger, Texas at 10:00 am. Services will be under the direction of Watts Funeral Home, Madill, Oklahoma. Condolences may be sent to wattsfuneralhome.com.
Published by Odessa American on Jul. 25, 2021.
To plant trees in memory, please visit the Sympathy Store.
MEMORIAL EVENTS
Jul
26
Funeral service
10:00a.m.
Highland Park Cemetery
931 Sterling St, Borger, TX
Funeral services provided by:
Watts Funeral Home - Madill
MAKE A DONATION
Please consider a donation as requested by the family.
MEMORIES & CONDOLENCES
Sponsored by The ODESSA AMERICAN.
1 Entry
It was an honor to have met and known Bill. We will truly miss him.
Bret & Karen Cain
August 22, 2021
Showing 1 - 1 of 1 results