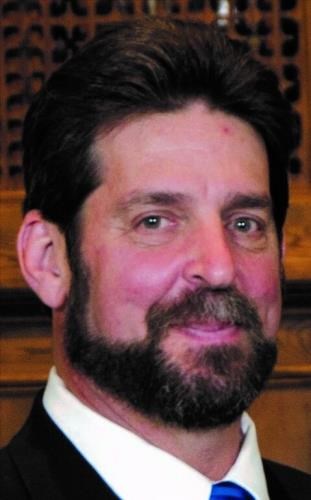 Born January 6, 1964, in Monongahela, he was the son of the late Francis A. and Judy A. Trunzo Polaski.

After graduating in 1982, from the former Mon-Valley Catholic High School, Chris started working as a mechanic, and for the past 20 years worked at Rotolo's Motors in N. Charleroi.

Chris enjoyed hunting and gardening, and was known for making his special "hot sauce". He was a member of St. Andrew the Apostle Parish in Monongahela where he was a 3rd Degree Knight of Columbus.

Friends will be received at the Marshall Marra Funeral Home, 216 Chess Street, Monongahela, 724-258-6767, marshallmarrafuneralhome.com from 5 to 8 p.m. Thursday.

Blessing prayers will begin in the funeral home at 9:30 a.m. on Friday, December 3, followed by a Mass of Christian Burial at 10 a.m. in St. Andrew the Apostle Parish with Fr. Kevin Dominik as celebrant.

Contributions can be made in Chris's name to either the American Diabetes Association, P.O. Box 7023, Merrifield, VA 22116, diabetes.org (or) the KofC Food Bank, 722 West Main Street, Monongahela 15063.


Published by Observer-Reporter on Dec. 1, 2021.
To plant trees in memory, please visit the Sympathy Store.
MEMORIAL EVENTS
To offer your sympathy during this difficult time, you can now have memorial trees planted in a National Forest in memory of your loved one.
Funeral services provided by:
Marshall Marra Funeral Home
MAKE A DONATION
Please consider a donation as requested by the family.
MEMORIES & CONDOLENCES
0 Entries
Be the first to post a memory or condolences.