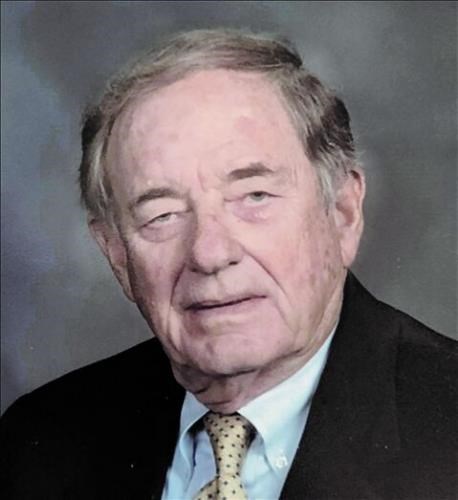 Daniel Lincoln Dunn of Northridge, Calif., passed away peacefully Tuesday, August 31, 2021, at the age of 91. The world has lost an exceptional husband, brother, father, grandfather, great-grandfather, uncle, friend and storyteller.

Dan was born April 6, 1930, in Washington, to Reed Jackson Dunn and Marjorie Anne Debolt, growing up with his brother, Reed Jackson "Jack" Dunn, Jr. on the family farm in Dunns Station.

He earned his Bachelor of Science degree in Industrial Engineering from Pennsylvania State University in 1951. He met his wife of 67 years, Maria Teresa "Terry" Vespa Dunn in Detroit, Mich., where they married in 1953.

Dan served in the U.S. Army during the Korean Conflict and was assigned to the Scientific and Professional Personnel Program in Alabama. He and Terry eventually settled in Cincinnati, Ohio, where their children, Claudia, Daniel, Jr., and Timothy were born.

In 1968, Dan, Terry and their young family relocated to Northridge, Calif., where Dan was active as a Little League coach, was a huge Penn State and UCLA football fan, participated in his church activities and volunteered his free time as a grant-writer for the non-profit, Meet Each Need with Dignity (MEND) in Pacoima, Calif.

Daniel is survived by his wife, Terry; and his children and their spouses, Claudia and Charles Martinez, Daniel and Jodie Dunn, and Timothy Dunn; as well as his grandchildren, Kelsey, John, Ryan, Nikolas and Rebecca (Joseph Daly); and great-grandchildren Maya, Bella, Luca, and Palmer.

Dan was preceded in death by his parents, and leaves his brother, Jack Dunn and Naomi Meyer of Pittston.

A visitation and rosary is planned from 5 to 8 p.m. Monday, September 13, in the Bastian & Perrott, Oswald Mortuary, 18728 Parthenia Street, Northridge. The Funeral Mass will be held at 10:30 a.m. Tuesday, September 14, in Our Lady of Lourdes Catholic Church, 18400 Kinzie Street, Northridge, with military honors and reception immediately following.

In lieu of flowers, Dan's family asks that donations be made to MEND at https://mendpoverty.org/donate.