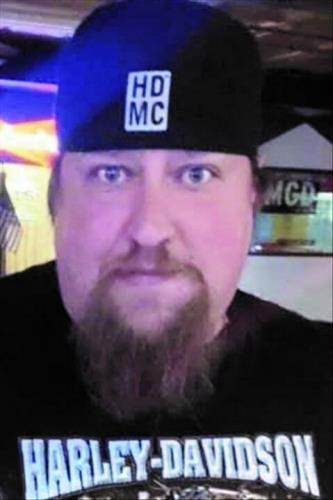 He was born July 28, 1975, in Washington, a son of the late Fred Sylvester and Delores June Terry Shaffer.

Fred was a 1994 graduate of Avella High School and had worked as a salesman for SteelCity Harley-Davidson for almost 20 years. For the past year Fred was also the bar manager at Kirich's Tavern in Avella.

Fred loved to ride his Harley and was an avid Dukes of Hazzard collector. He enjoyed camping, fishing, off roading and listening to country music.

The motto Fred lived by was, "Everyday I'm Hustlin". He was a friend to all and he will be missed.

Deceased, in addition to his parents, are two brothers-in-law, Rick Miller and Randy Coen Sr.

Friends and family will be received from 2 to 8 p.m. Sunday, September 19, in the Jerome A. Stefkovich Funeral Home Inc., 18 Campbell Street, Avella, where services will be held at 11 a.m. Monday, September 20, with Pastor Fran Skariot officiating.

Everyone is asked to wear Harley-Davidson attire to the funeral home.

Burial will be in West Point Cemetery, Avella.

Condolences may be expressed at www.stefkovichfuneralhome.com.