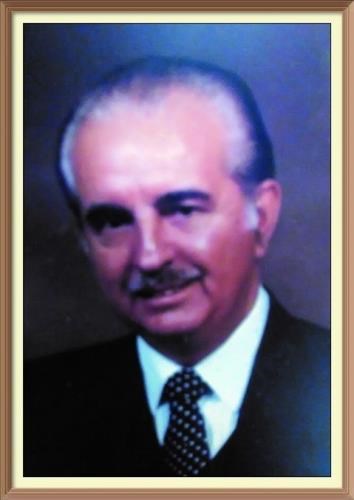 He was born in Washington on November 25, 1924. He was the son of Paul and Mildred Moore. He had seven brothers and sisters. Harry's passing was preceded by his loving wife Betty in 1988. Harry had eight children, Richard Moore and wife Adriana, Terry Moore and wife Jo, David Moore and wife Ginette, Mike Moore, Jean Hopkins (deceased), Danny Moore, Susan Moore and Lance Moore. In addition, he had 13 grandchildren, 12 great-grandchildren and three great-great-grandchildren at the time of his death. Having joined the U.S. Army at 17, he was in the invasions of Leyte Island and Okinawa as part of an anti-aircraft unit. He was very proud of his military service and would talk about it for hours. Upon returning to Washington, he was hired by a local glass bottle manufacturer. Later he became president of the local union and was hired by the GBBA International Glass Union, serving that organization for the rest of his working life. Harry was an avid supporter of Pony League baseball and the Pittsburg Steelers.

Our father also loved people and would sit and talk to almost anyone about almost any subject for hours on end. May he rest in peace.

Friends will be received from 11 a.m. until 1 p.m., the hour of a funeral service, Friday, January 11, in the Warco-Falvo Funeral Home, Inc., Wilson at East Katherine avenues, Washington, S. Timothy Warco, Supervisor/Director, Susan Falvo Warco, Director, S. Timothy Warco II, Director. Interment will follow in Washington Cemetery. Full military rites will be accorded by the American Legion Edwin Scott Linton Post No. 175 and the U.S. Army. Condolences may be expressed at www.WarcoFalvoFuneralHome.com


Published by Observer-Reporter on Jan. 10, 2019.
To plant trees in memory, please visit the Sympathy Store.
MEMORIAL EVENTS
To offer your sympathy during this difficult time, you can now have memorial trees planted in a National Forest in memory of your loved one.
Funeral services provided by:
Warco-Falvo Funeral Home
MAKE A DONATION
MEMORIES & CONDOLENCES
0 Entries
Be the first to post a memory or condolences.