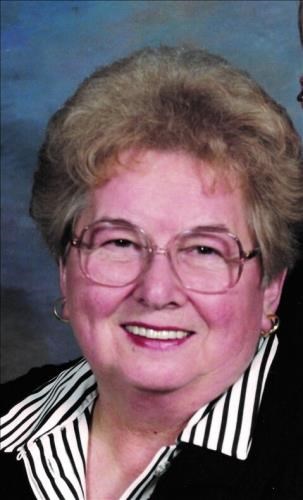 Irene J. Lenco Knodle, 90, of Washington, died Friday, September 10, 2021, after a long illness. She was born in Bentleyville, one of 10 children of John C. and Anna M. Lenco. Mrs. Knodle attended Immaculate Conception High School and graduated 2nd in class of 1949.

Starting in 1951, she was employed by the Bell Telephone Company as a switchboard operator, and then went to work for 31 years at Washington Hospital, eventually retiring in July, 1996.

She was a lifelong member of Immaculate Conception church, the Christian Mothers Rosary Confronternity, and was a frequent volunteer. She was a member of the Bell Telephone Operator 10 Year Club, Washington Hospital Durabilis Club, and Hospital Auxiliary, and the Catholic Daughters of America.

She was married to Richard "Dick" Knodle for 58 years and had five children, Patricia A. "Trish" Vlastnik (Art) of California; Thomas M. of California; Casimir A. (deceased); Joseph D. (Lisa) of Canonsburg; and Jane M. Crewe of Dallas, Texas.

She enjoyed her three grandchildren, Scott and Karina Vlastnik, and Joseph Ross (J.R.) Knodle, and her one great-grandchild, Beau Elise Vlastnik.

Mrs. Knodle's sisters; Christine Freeman of Mississippi, and Donna Lenco of Maryland; and brother Thomas Lenco of Canonsburg; and many nieces and nephews, survive.

Friends will be received from 1 to 3 p.m. and 6 to 8 p.m. Friday in the Piatt and Barnhill Funeral Home, 420 Locust Avenue, Washington.

Interment will follow in Immaculate Conception Cemetery. Christian Mothers will say prayers on Friday at 2:30 p.m.