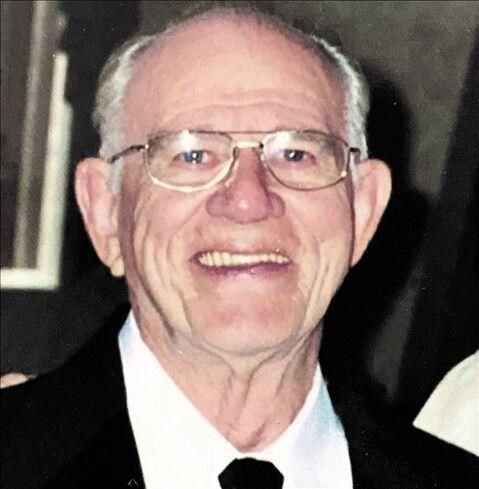 He was born February 16, 1928, in Canonsburg, a son of the late Alexander and Leadie Faye Smith Flowers.

Jim was a brick layer by trade and a member of the Bricklayers Union #2.

He was a veteran of World War II, serving with the U.S. Army from November 1945 until February 1947.

Jim was a member of the Chartiers Hill United Presbyterian Church and the Veterans of Foreign Wars Post #191 in Canonsburg.

Surviving are a son, Dale A. Flowers and his wife, Judy of Washington; a daughter, Donna Bails and her husband, Mark of Canonsburg; five grandchildren, Kimberly Flenory, Amanda Moss (Brandon), J.D. Bails (Jan), Amy Murphy (Steve), and Matt Bails; 10 great-grandchildren; and many nieces and nephews.

Friends will be received from 6 to 8 p.m. Monday, October 25, in the McIlvaine-Speakman Funeral Home Ltd., Robert K. McIlvaine, owner/supervisor, 27 Cherry Avenue, Houston, PA 15342, where service will be held at 11 a.m. Tuesday, October 26. Interment will follow in the Chartiers Hill Church Cemetery.

Full military honors will be accorded by the VFW Post #191 Honor Guard.

Condolences may be left by viewing the obituary at www.mcilvaine-speakman.com.