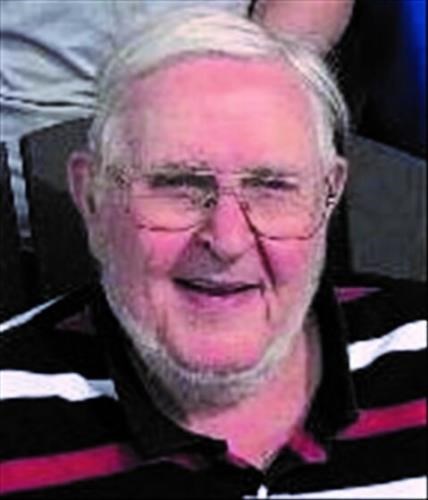 Ron was a 1951 graduate of Swissvale High School, and went on to study at the University of Pittsburgh, where he was a member and president of Sigma Chi.

He was employed by Jones and Laughlin Steel Company until his retirement in 1987. He then went to work for U.S. Steel for another eight years.

Ron was an avid golfer and was a longtime member of the Valley Brook Country Club.

Ron was a member of the First Baptist Church of Washington, where he served as a moderator.

Ron was a veteran of the U.S. Army.

Friends will be received from 1 to 3 and 6 to 8 p.m. Tuesday, October 19, in the Piatt and Barnhill Funeral Home, 420 Locust Avenue, Washington, where services will be held at 11 a.m. Wednesday, October 20. Interment will follow in Washington Cemetery.

In lieu of flowers, memorial contributions may be directed to the First Baptist Church of Washington, 101 College Street, Washington, PA 15301, or the Washington Area Humane Society at www.washingtonpashelter.org. Condolences may be expressed at www.piattandbarnhillfh.com. Piatt and Barnhill Funeral Directors, Inc., Charles R. Piatt, owner/supervisor, and Andrew C. Piatt, director.