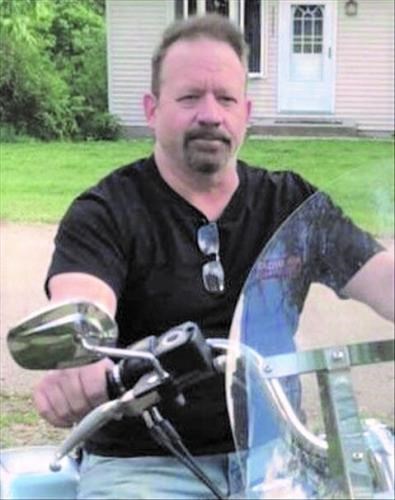 His early life was spent in Washington, where he graduated from McGuffey High School in 1982. Following high school, he joined the U.S. Marine Corps and served several years in the Reserves.

Keith worked in the glass industry throughout his life, living in numerous states along the way. He currently worked for Ardagh Group as its production manager. He enjoyed fishing, hunting, ice fishing, riding his motorcycle and going crabbing.

He was preceded in death by his father; son Keith Jr.; and twin brother, Kenny.

The family would like to thank his friends at work, Alex and Kevin, along with all the other employees at Ardagh Group, for their love and support during this time.

In lieu of flowers, donations may be made to a veteran's organization of one's choice.

A memorial service will be held at a later date in Pennsylvania. Keith's urn will be laid to rest at the National Cemetery of the Alleghenies in Bridgeville.


Published by Observer-Reporter on Oct. 22, 2021.
To plant trees in memory, please visit the Sympathy Store.
MEMORIAL EVENTS
To offer your sympathy during this difficult time, you can now have memorial trees planted in a National Forest in memory of your loved one.
MAKE A DONATION
MEMORIES & CONDOLENCES
6 Entries
My deepest sympathy goes out to the family of Keith´s. I worked with Keith at Penn Mold. way back In the late 80s. We had a Lotta good times I considers him a good friend I´m sure he will be missed by all who knew him... Family and friends... My deepest condolences
Michael Showalter
October 29, 2021
We are very sorry for your loss, our deepest sympathy to all family and friends
Ron and Deronda Hill
October 24, 2021
My deepest sympathy to the family of Keith Lee.
Kathy Cigana
Other
October 22, 2021
So incredibly sorry to hear of Keith´s passing. Know that our prayers and thoughts are with you.
Rebecca Melvi
October 22, 2021
So sorry for your loss
Susan Powell
October 22, 2021
We are so sorry to hear about Keith passing away. You have our sympathy.
Anna and Bob Cottrill
October 22, 2021
Showing 1 - 6 of 6 results