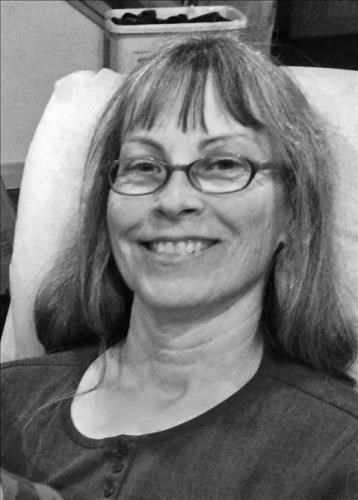 LouAnn Cruz, 64, of West Sacramento, Calif., passed away at 2:03 p.m. Saturday, May 4, 2019, at Gloria's Country Care hospice in Woodland, Calif., following a four-month battle with cancer.

She was born July 27, 1954, in Waynesburg, the second daughter of John William and Mary Latsnic.

Ms. Cruz was raised primarily in Canonsburg. Her fondest memories as a child were playing at Laurel Glen, her grandmother's farm near West Virginia.

She received a bachelor of science degree from the University of Pittsburgh and began her career as an analytical chemist. She worked for notable corporations including Staley's (currently Tate & Lyle) in Decatur, Ill., and Lehn & Fink in Lincoln, Ill., which has since closed.

Ms. Cruz went on to earn her PhD in analytical chemistry from the University of Illinois. After that achievement, she lived in Stillwater, Okla., for two years directing the Chemistry Lab at Oklahoma State University. She then went on to work for Alcon in Fort Worth, Texas, until her retirement in 2010.

Eventually, Ms. Cruz made her way out West to be closer to her daughter and grandsons, residing in northern California.

She is survived by her only child, daughter Abby (Adam) and grandsons Sawyer and River; her mother, Mary; her sister, Linda; and her partner of more than 25 years, Tony. She is predeceased by her father, John William.

The lights of her life were her two adorable grandsons, who called her "MoMo" and made her laugh constantly. Ms. Cruz also loved nature, the outdoors, wildlife and pets, and devoted much of her life to supporting these causes. As such, in lieu of flowers, donations may be made in memory of Ms. Cruz to The Grey Muzzle Organization of Raleigh, N.C., www.greymuzzle.org.


Published by Observer-Reporter on May 15, 2019.
To plant trees in memory, please visit the Sympathy Store.
MEMORIAL EVENTS
To offer your sympathy during this difficult time, you can now have memorial trees planted in a National Forest in memory of your loved one.
MAKE A DONATION
MEMORIES & CONDOLENCES
2 Entries
As you remember your love one, as God heals your broken hearts (Psalm 147:3) may your cherished memories continue to bring you peace, comfort, and strength to endure.
May 20, 2019
Losing someone that we love never comes easy.
It is truly heartbreaking. May God's promises in
Isaiah 65:17 comfort and help you.
May 17, 2019
Showing 1 - 2 of 2 results