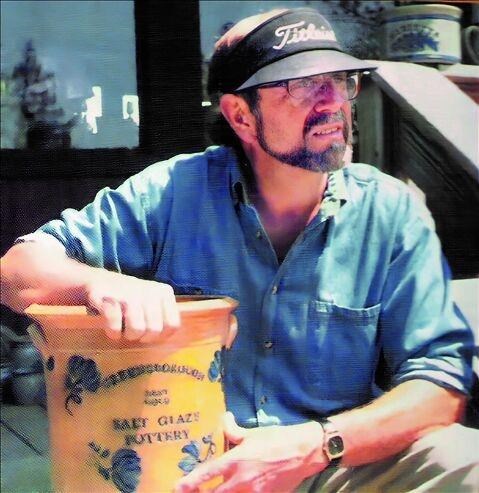 Born in a snowstorm February 4, 1942, in Stonington, Philip was a son of Reverends Walter Elmer Schaltenbrand and Ruth Kathryn Mengel Schaltenbrand. As the second of three sons, Phil highly valued his relationships with his brothers, Walter and Wayne.

Philip was an artist from a young age, participating in and winning art contests at his elementary school, and impressing his teachers with both his intelligence and creativity. He graduated from Selbyville High School in 1959 as salutatorian of his class (a title he proudly shared with his middle daughter, Ella). He attended Eastern Pilgrim College in Allentown for one year before transferring to Kutztown State College (later Kutztown University), where he earned his bachelor's degree and was among 29 seniors included in the 1964 edition of "Who's Who in American Universities and Colleges."

After college, Phil spent one year teaching art at Blue Mountain High School in Schuylkill Haven, before going on to earn his master's degree from the Tyler School of Art at Temple University. It was at Temple that he developed an interest in ceramics, something that would shape the path of his life.

In the late 1960s, Phil was hired as an assistant professor of art at California University of Pennsylvania, teaching ceramics and art history. Known as Mr. S. to his students, he was popular and made countless lifelong impressions. He retired from teaching in 1997.

In 1976, working as a teacher and making ceramics in a small shop on his farm, Phil was approached by neighbors who requested that he make personalized pottery to commemorate the upcoming bicentennial and the borough of Centerville. Doubting that it would sell, Phil reluctantly took on the endeavor. Through it, he unknowingly started an operation that would reach further than he could have imagined. Phil created and grew Westerwald Pottery (originally Barnyard Enterprises) over nearly five decades, securing a global reach of his famous blue and gray stoneware pieces. His business exploded in 1983 when H.J. Heinz Co. executives requested 7,000 recreations of an 1890s apple butter crock for their employees worldwide. Still in operation today, Westerwald Pottery has sold millions of pieces nationally and throughout the world.

A nonstop worker his whole life, Phil spent most mornings, into his late seventies, getting up at 5 a.m. to prepare the factory for the day's work. He often stayed up overnight when the kiln was fired, taking care that the pieces came out just right. He could also be found in the gift shop talking to customers about pottery and various other subjects. He used to joke with them that his "wedding jars" came with a guarantee for two extra years of marriage.

Phil was a nationally recognized authority on early American stoneware pottery. He wrote three books on the subject, gave countless lectures, and had articles published in Ceramics Monthly and Country Living. He was fantastically well-read and knowledgeable and had a lifelong love of American history. In his spare time, he created caricaturized clay busts of American presidents.

Phil was a member of Nemacolin Country Club in Beallsville and could be seen on the golf course four times a week. In 2007, he earned the distinction of being the second "winningest" club champion in Nemacolin's 85-year history. A knee injury ultimately caused him to retire from the sport.

He was also a member of the Scenery Hill Lions Club.

Phil had three daughters who will remember him most for his incredible wealth of knowledge, his quick and unique wit, and his ability to turn just about anything into a joke. Though his time on earth has come to an end, the stories held in the hearts and minds of the countless people whose lives he touched will continue to fill the spaces that used to be filled by his booming voice. Genuinely one of a kind, Philip Schaltenbrand will be missed more than he could have ever known.

Philip was predeceased by his parents, Walter and Ruth Schaltenbrand; and his younger brother, Wayne.

Friends are welcome for a memorial visitation from 4 to 7 p.m. Friday, December 3, and from 11 a.m. to 12 p.m. Saturday, December 4, with a memorial service immediately following at the Thompson-Marodi Funeral Home, 809 Main Street, Bentleyville, 724-239-2255.

The Scenery Hill Lions Club will have a Service of Remembrance at 6 p.m. Friday in the funeral home.

To share memories and condolences with the family, visit www.thompson-marodi.com.