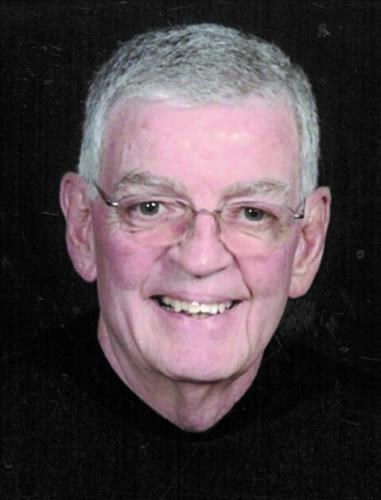 He was born February 12, 1943, in Uniontown, a son of the late George H. Bortz Jr. and Marian Shaffer Bortz.

He served his country in the U.S. Army during the Vietnam War, where he was a 2nd Lieutenant, in the 25th Infantry Division, Wolfhounds from 1968 to 1969. He was awarded two bronze stars for valor and eight air medal rewards, plus others.

Dick owned and operated, with his son Richie, Bortz Chevrolet in Waynesburg for 52 years.

He was a member and elder of First Presbyterian Church, Waynesburg, where he also attended a men's Bible study for the last 20 plus years. This group of men was near and dear to his heart. He also attended Woodland Community Church in Bradenton, Fla., where he and Kathie enjoyed their winters.

Dick was also a member of several social clubs, including the Moose Lodge, the Veterans of Foreign Wars, the former Elks Lodge and the Lions Club.

In keeping with the guidelines of the CDC of wearing masks, friends will be received from 1 to 4 and 6 to 8 p.m. Friday, September 24, in the Behm Funeral Home, 182 W. High Street, Waynesburg, PA 15370. Funeral services will be held at 11 a.m. Saturday, September 25, in First Presbyterian Church, 169 W. College Street, Waynesburg, PA 15370, with the Rev. William Sukolsky officiating. Interment will follow in Rosemont Cemetery, Rogersville. Military honors will be accorded by the U.S. Army and the Greene County Honor Guard.

In lieu of flowers, the family suggests memorials to the Wounded Warrior Project or the Veterans Hospital in Pittsburgh.

Condolences may be expressed at www.behmfh.com.


Published by Observer-Reporter from Sep. 21 to Sep. 22, 2021.
To plant trees in memory, please visit the Sympathy Store.
MEMORIAL EVENTS
Sep
24
Visitation
1:00p.m. - 4:00p.m.
Behm Funeral Home
182 W. High Street, Waynesburg, PA
Sep
24
Visitation
6:00p.m. - 8:00p.m.
Behm Funeral Home
182 W. High Street, Waynesburg, PA
Sep
25
Funeral service
11:00a.m.
First Presbyterian Church
169 W. College Street, Waynesburg, PA
Funeral services provided by:
Behm Funeral Home, Inc.
MAKE A DONATION
Please consider a donation as requested by the family.
MEMORIES & CONDOLENCES
9 Entries
My sympathy again as I forgot to say.....my daughter and son-in-law are still driving the 1955 with "Ride On" written on the window, so I say "ride on Dick to your much deserved mansion in the sky!"
Aldine Ross
September 25, 2021
Our sympathy to the Bortz Family...sadness here in Ohio as we recall countless talks and memories of cars and just the joy of being with your Dad there at the Dealership and his kindness and understanding about the years and accidents that change our lives.....I will always remember.....still driving the '34 Ford.....Oh how you will miss him! Aldine and {Bob] Ross
Aldine Ross
September 25, 2021
I enjoyed many discussion with Dick and he was always fair and honest with any vehicles we purchases and the business deals we had. He fought a tough fight and now he can rest in peace.
Bob & Eileen Lang
September 23, 2021
Tom and I send our condolences to the entire Bortz family on the passing of Dick. He was a good man, a true patriot, and a leader in the community. His example of faithful living will be remembered. May he rest in peace.
Reinette Jackovic
Friend
September 23, 2021
been friends with dick and a car buyer since the early 80s.i gave dick a vietnam belt buckle he told me never had one and i said well you do now, i said i wanted to give it to someone who deserves it. he said maybe i dont deserve it i said in my eyes you do' shook hands i will always rember my friend' rest in peace ole friend. may the good lord be with the family in there time of need.
shorty brafford
Friend
September 22, 2021
So sorry for your loss. Dick was always fair, honest and just in all my dealings with him. He was a man of great integrity---hard shoes to fill.May he RIP and may you all find solace in your memories of time spent with him.
Kathy Parker
Friend
September 22, 2021
R.I.P. my fellow veteran ...
William King
Other
September 22, 2021
Dear Kathy & family: So sorry to hear of Dick's passing. My prayers to all his family.
Ann M Whipkey
Other
September 21, 2021
I send my heartfelt sympathies to the Bortz family and wish to honor a true and faithful friend to the Greene Cty area and surrounding communities. My personal experiences with Dick (as a customer) were nothing but pleasant, honest and friendly!! To me and especially to my extended family, he was ALWAYS THERE before AND after the sale whether it was business OR personal issues involved!! While visiting his business for something as simple as an oil change, I could count on him to show up and sit down to share whatever came to our minds. God bless you Dick and may your legacy live on!!
Rick Lanoy
Friend
September 21, 2021
Showing 1 - 9 of 9 results