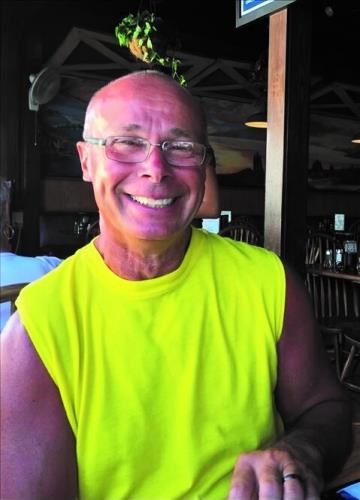 In loving memory of Robert Eugene Cook Jr., better known to most as Bob.

Bob passed away Monday, November 22, 2021, at the age of 66, after a battle with cancer of nearly three years. He passed away in his home in Scenery Hill surrounded by family.

Bob was born in Cokeburg, on September 28, 1955, to Robert E. Cook Sr. and Priscilla Vihlidal Cook.

Bob was succeeded by his two younger sisters, Barbara Urcho and Margie Beecham.

Bob graduated from Bentworth High School in 1973. He was an avid member of the High School Golf Team, and a Chippewa Golfer with his father.

Bob was a hard worker, he worked as a teenager for four years at Foodland. Bob attended the P.I.A. School of Aeronautics where he received his Associate's Degree in Aviation Mechanics.

Bob was remarried in 2002, to his loving wife Diana Marie Cook. Bob selflessly assumed the role of Father to four children from Diana's previous marriage; Jon (Tyler) Kaminski, Kayla Kaminski, Nathanial Kaminski, and Olivia McKay. His new children grew to love him as a father.

Additionally, Bob was a wonderful and loving man who always put his family first. He had a beautiful smile that could light up any room. He loved hunting and was a passionate trout, bass, and walleye fisherman. He enjoyed music, animals, boating, farming, bailing hay, gardening, and was a muscle car & Honda Motorcycle enthusiast. Bob was known by everyone as the man who could fix anything!

Bob cherished frequent vacations that he and Diana took to Maui for celebrating their marriage. Bob was an excellent teacher and was a true believer in Jesus Christ. He will be missed forever!

Bob requested no service or funeral. Bob asked that any contributions or gifts be made in his name to Little Treasures Orphanage, http://little-treasure-orphanage.com/.


Published by Observer-Reporter on Dec. 1, 2021.
To plant trees in memory, please visit the Sympathy Store.
MEMORIAL EVENTS
To offer your sympathy during this difficult time, you can now have memorial trees planted in a National Forest in memory of your loved one.
MAKE A DONATION
MEMORIES & CONDOLENCES
0 Entries
Be the first to post a memory or condolences.