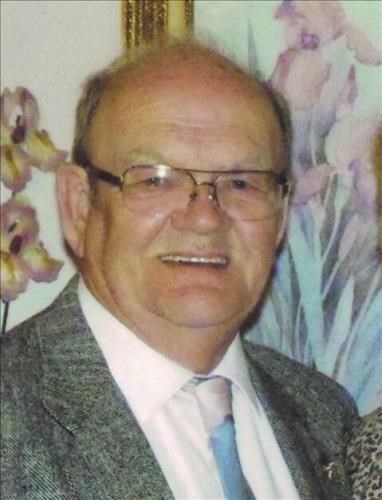 Robert W. Crawford Jr., 83, of Houston, went to be with the Lord, Saturday, November 27, 2021, in the Washington Hospital surrounded by his loving family.

He was born February 23, 1938, in Lincoln Hill section of Washington, a son of Robert and Veronica Risbin Crawford.

Bob attended East Washington School, before joining the National Guard and then the US Army, where he served more than two years in Germany with the 42nd Ordinance Co. 85th Ordinance Battalion.

Mr. Crawford was a press operator for Continental Can Co. in West Mifflin for 25 years, and retired in 2003 from IGS in Meadow Lands, where he had worked for 20 years.

He was a member of the Meadow Lands United Methodist Church where he had served as a Trustee.

Bob enjoyed camping with his wife in their RV, attending gospel sings, visiting Amish country, and having his afternoon coffee at McDonalds with friends. In addition, he enjoyed making cookies for his family and putzing around the house. He was a man of integrity, and put other's needs before his own. He will be greatly missed.

He is predeceased by a grandson, Robert W. Crawford IV; and a brother, James Henry.

Friends will be received from 1 to 3 p.m. and 6 to 8 p.m. Wednesday in McIlvaine-Speakman Funeral Home Ltd., Robert K. McIlvaine, owner/supervisor, 27 Cherry Avenue, Houston, where services will be held at 11 a.m. Thursday, December 2. Interment will be private in the National Cemetery of the Alleghenies.

Full military rites will be accorded by the VFW Post #191 Honor Guard.

Condolences may be left by viewing the obituary at www.mcilvaine-speakman.com.


Published by Observer-Reporter on Nov. 30, 2021.
To plant trees in memory, please visit the Sympathy Store.
MEMORIAL EVENTS
To offer your sympathy during this difficult time, you can now have memorial trees planted in a National Forest in memory of your loved one.
Funeral services provided by:
McIlvaine-Speakman Funeral Home Ltd.
MAKE A DONATION
MEMORIES & CONDOLENCES
3 Entries
So sorry to hear of your loss. condolences to you Lois, family and friends. RIP Bob, thank you for your service.
Tammy Ferricks Kolence
December 1, 2021
Our thoughts and prayers are with you and your family during this time and always
Bob and Linda Druga Feathers
November 30, 2021
Lois our thoughts and prayers are with you. Bob was such a kind and giving man and will be dearly missed.
Pam Rose
Friend
November 30, 2021
Showing 1 - 3 of 3 results