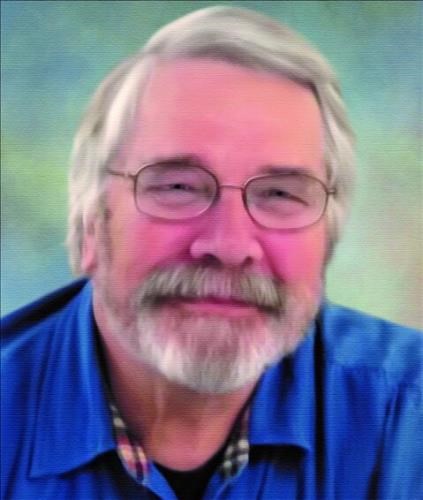 He was born August 18, 1945, in Washington a son of the late Pvt. Robert L Johnson and Norma Morgan Johnson. Cole. Bob lived his life in Houston and Canonsburg and was a graduate of Chartiers High School. He then proudly served as Lieutenant JG and was a plank owner on the Aircraft Carrier USS John F. Kennedy with the United States Navy.

Mr. Johnson graduated from Penn State University and received his law degree from the University of Pittsburgh. He practiced law in the area for many years and was a member of the Washington County Bar Association. Prior to his retirement he served as Support Court Master at the Washington Courthouse.

Bob enjoyed playing basketball both in high school and later with fellow attorney friends. He liked playing chess and was a presidential historian.

Left behind to cherish his memory are his sons, Benjamin Winston Johnson of Pittsburgh and David J Antonich and his wife Beth of Bethel Park; daughters, Jessica Scott and her husband Matt of Peters Twp. and Dena Ketter and her husband Robert of Canonsburg; grandchildren, Zane and Micah Antonich, Dominic and Alexander Scott and Robert Ketter Jr and Victoria Ketter; two sisters, Linda L. McCartney of Washington and Shelly A McElhany and her husband Greg of Houston; his former wife and late life companion Linda Johnson of Houston, and his former wife Janet Kusky Johnson of Canonsburg and several nieces and nephews. Deceased in addition to his parents is his stepfather Paul J. Cole who passed away June 27, 2000.

Friends and family are welcome from 2 to 6 p.m. Wednesday, September 22, in Salandra Funeral and Cremation Services, Inc. Joseph P. Salandra LFD owner/supervisor 304 West Pike Street, Canonsburg, 724-745-8120. Mr. Johnson's family suggests masks be worn in the funeral home due to the current COVID conditions. Interment will take place in the National Cemetery of the Alleghenies, Bridgeville, with full Military Rites by the VFW Post 191 and the United States Navy Honor Guards.

Memorial Contributions may be made to the Washington Area Humane Society 1527 PA-136, Eighty Four, PA 15330. To view or extend condolences, please visit our tribute wall at www.salandrafunerals.com.


Published by Observer-Reporter on Sep. 20, 2021.
To plant trees in memory, please visit the Sympathy Store.
MEMORIAL EVENTS
Sep
22
Visitation
2:00p.m. - 6:00p.m.
Salandra Funeral and Cremation Services, Inc.
304 West Pike St, Canonsburg, PA
Funeral services provided by:
Salandra Funeral and Cremation Services, Inc.
MAKE A DONATION
MEMORIES & CONDOLENCES
4 Entries
My ole friend & attorney . Thanks Japp for everything ! R.I.P. Rags
Robert "Rags" Ragazzini
Friend
September 24, 2021
R.I.P. Japp , thanks for all you did as my attorney . Great man , you will be missed
Lana Thompson (Minnenok)
Friend
September 24, 2021
RIP Bob. My condolences to all his family. He was a great guy and high school classmate. Great sense of humor.
Rick Camden
School
September 20, 2021
Bob and I were classmates at CHHS. I pray for his family, professional colleagues and friends. May God bless you all.
Dennis C. Nystrom
School
September 20, 2021
Showing 1 - 4 of 4 results