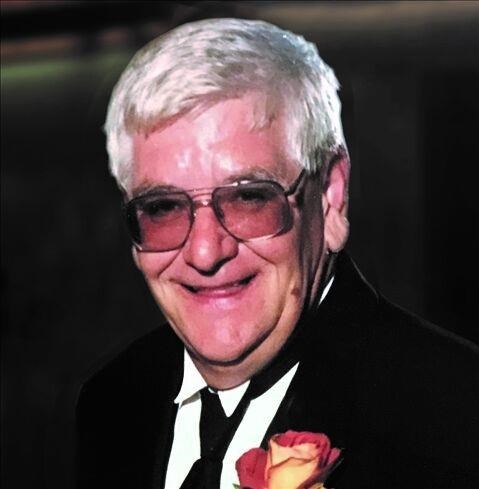 Ronald Lee Stollar, 74, of Claysville, passed Wednesday, November 24, 2021, in Wheeling Hospital, W.Va. He was born September 16, 1947, in West Alexander, a son of the late Dale and Bernice Stollar.

Ron was a graduate of McGuffey High School (1965), and West Virginia Northern Community College (1997). He was a U.S. Army veteran, having served in Vietnam.

He married the love of his life, Judith Hogg, who survives, January 16, 1971. They had three children and made their home in Claysville.

Ron was employed at Blaw-Knox in Wheeling and retired as an instructor of HVAC from Penn Commercial Business/Technical School.

He enjoyed playing dartball, golf, softball and bowling. Ron was a youth baseball coach for many years and his relationship with the league umpires is legendary.

Upon retirement, Ron and Judy traveled around the U.S. to places such as Cape Cod and the Grand Canyon, and greatly enjoyed yearly train trips on the Cass Railroad.

Ron was an avid fan of crossword puzzles, the Pittsburgh Steelers, and playing Scrabble with his family. He enjoyed daily trips to the "coffee shop", where he would socialize and pass on a good joke.

He served as a member of the Claysville Volunteer Fire Department, the American Legion Post 639 and attended the Dutch Fork Christian Church.


Published by Observer-Reporter on Nov. 29, 2021.
To plant trees in memory, please visit the Sympathy Store.
MEMORIAL EVENTS
Nov
30
Visitation
2:00p.m. - 4:00p.m.
Kepner Funeral Home - Elm Grove
166 Kruger St, Wheeling, WV
Nov
30
Visitation
6:00p.m. - 8:00p.m.
Kepner Funeral Home - Elm Grove
166 Kruger St, Wheeling, WV
Dec
1
Service
10:00a.m.
Kepner Funeral Home - Elm Grove
166 Kruger St, Wheeling, WV
Funeral services provided by:
Kepner Funeral Home - Elm Grove
MAKE A DONATION
MEMORIES & CONDOLENCES
6 Entries
Judy, Bill, Debbie and Dee, My deepest condolences on losing your husband/ brother. He is someone I will always remember with a smile. Those silly hats on holidays..He bought me a turkey hat one Thanksgiving. I know especially during the holidays are the hardest (my first year without my Mom) Just know I am thinking about and praying for your family. You all meant a lot to me... those smiling faces on Sunday mornings. God Bless Love, Lisa
Lisa Behan ( Bob Evans)
Friend
December 4, 2021
BILL & family, So very sorry to hear of Ron's passing. What a great man. Surely will be missed by everyone who knew him.
LINDA GARNER
Friend
December 1, 2021
So sorry for your loss. Praying for the family.
Debbie Guy Byerly
Other
November 29, 2021
Judy you have our deepest sympathy at this time. Will remember Ron from Allum' Restaurant and the Main Street Cafe. Our thoughts and prayers are with you and the family at this time. Don and Bonnie
Don Lachman & Bonnie
November 29, 2021
May the love of friends and family carry you through your grief, and find comfort from knowing that God draws close to the broken-hearted.
T. D.
November 29, 2021
Our deepest regrets. Ron's HS Classmates
James E. Craig III
School
November 29, 2021
Showing 1 - 6 of 6 results