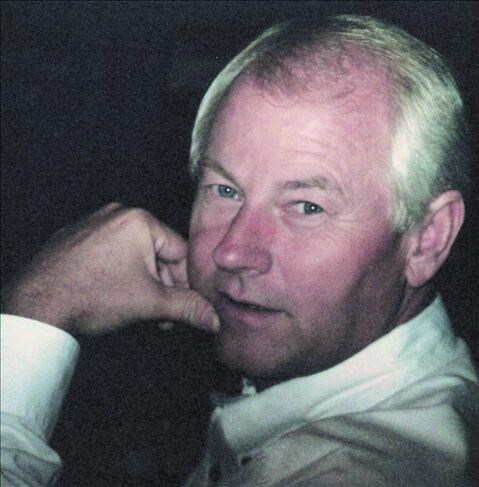 He was born October 12, 1949, in Whiteville, N.C., a son of the late Homer and the late Geraldine Blackman.

He is survived by his beloved wife, Christine "Tina"; his loving children, Shelly (Richard) Sadler, Kyle (Caitlin) Blackman, and Brooke Blackman; and his dogs, Apollo and Bulleit.

Terry served 25 years in the United States Army as chief warrant officer 4. He was in active service as a helicopter pilot during the Vietnam War, and he later served in the National Guard and U.S. Army Reserves.

Terry started his career as a corporate pilot, flying various jets. Along the way, he became the owner of Hot Colours, Inc., printing apparel with thermographic ink, and the owner of HCI Machines, buying and selling used manufacturing equipment. Terry owned his own plane; he used it for business and enjoyed traveling the country to visit many friends and golf courses.

Terry spent the majority of his free time golfing. He loved to golf!!! Terry was a member of Valley Brook Country Club, Southpointe Country Club, and Verandah Country Club in Florida.

After work or golf, Terry's favorite pastime was to sit on his backyard beach around the fire pit or by the pool, having a fine glass of wine or scotch, visiting with family and friends, and singing his favorite songs. Terry was a true "people" person and wanted as many friends around as possible. He truly lived and enjoyed the life he was given.

Terry will be buried at the National Cemetery of the Alleghenies.

In lieu of flowers, memorial contributions may be made to the Gary Sinese Foundation, the Stephen Siller Tunnel to Towers Foundation, and/or the Pittsburgh Food Bank.


Published by Observer-Reporter on Nov. 29, 2021.
To plant trees in memory, please visit the Sympathy Store.
MEMORIAL EVENTS
To offer your sympathy during this difficult time, you can now have memorial trees planted in a National Forest in memory of your loved one.
MAKE A DONATION
MEMORIES & CONDOLENCES
8 Entries
Tina and family so sorry to recently learn of Terry's passing. That is a man that enjoyed his life and family. I am so sorry for your loss - you are in our thoughts and our prayers.
Donna and Chuck Brophy
Friend
December 20, 2021
We will miss Terry so very much.
Steve & Gisi Mohr
Family
December 17, 2021
Our deepest sympathy to you and your family Tina. Terry was such a special person; we are sending you prayers of comfort. With love.
Jeff and Cindy Turner
Friend
December 2, 2021
In loving memory of Terry
Stacey Pape
Friend
December 1, 2021
Dearest Tina, our deepest sympathy to you & your family. We look forward to celebrating Terry´s life, his smile & all the wonderful times we have had with you!!! God bless!!! Love, Kim & John Stencel
Kim & John Stencel
Friend
November 30, 2021
Tina, We send your family our deepest condolences. Although we mourn Terry´s passing, we celebrate his life and the memories he left behind. These memories will bring a smile to our faces forever.
Joe and Marsha Greer
Friend
November 30, 2021
Dear Tina, Our thoughts and prayers are with you and the family during this difficult time. Terry was such a fun loving guy, he will truly be missed. But know that he will be kept alive with our fond memories Randy & Rosemary Skillman
Randy Skillman
Work
November 29, 2021
Dear Tina, Deepest sympathies to you and your children on Terry´s passing. Keep your fond memories forever and may God Bless you as you mourn your loss. Best wishes, Dave and Fran Blazek
Dave Blazek
Friend
November 29, 2021
Showing 1 - 8 of 8 results