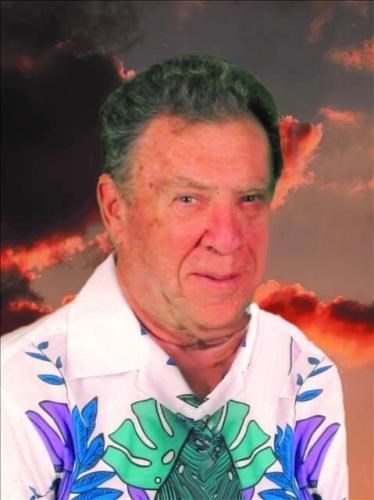 He was born November 18, 1940, in Pittsburgh, a son of the late Howard J. Metts and Margaret Louise Shappacher Metts.

Mr. Metts graduated from Montour High School, and the University of Alaska, where he studied Computers and Air Traffic Control.

Following his time in the Air Force, Mr. Metts worked for the FAA, retiring as the head of computer flight services.

He was an avid reader and enjoyed model railroads and model airplanes.

There will be no public visitation. Burial in National Cemetery of the Alleghenies will be held at a later date.

Additional information and guest book are available at www.NealFuneralHome.com.


Published by Observer-Reporter from Dec. 1 to Dec. 2, 2021.
To plant trees in memory, please visit the Sympathy Store.
MEMORIAL EVENTS
To offer your sympathy during this difficult time, you can now have memorial trees planted in a National Forest in memory of your loved one.
MAKE A DONATION
MEMORIES & CONDOLENCES
3 Entries
Our deepest sympathies and prayers.
Gary and Judy Stewart
Friend
December 3, 2021
Love you, Brother. We will miss you until we meet again on the other side. You were such a good brother and head of the family after we lost Mom and Dad. Who will we call for weather forecasts and work arounds for the best directions to get there..anywhere there. Rest in Peace. Love, Judith
Judith Carilli
Family
December 2, 2021
I am so sorry for your loss. I know Bill was one of the greatest and he adored Donna. You would never see one without the other. I met Bill through Donna as I worked with her for many years at Dr. Millers in Ransom, WV. I love you Donna and know Bill would never have left you if it was possible. You and the rest of the family are in my prayers. Sending special hugs your way always. Love you Don and Laura Beeson Ps. Susie sends her love as well.
Laura Beeson
Friend
December 2, 2021
Showing 1 - 3 of 3 results