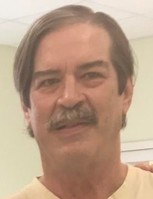 BORN
1953
DIED
2021
FUNERAL HOME
Kiley & Foley Funeral Service
299 Union St
Bangor, ME
Benjamin Simmons, Jr.
Bangor, ME - Benjamin Wyman "Uncle Buck" Simmons, Jr., 68, passed away at home on March 17, 2021. He was born March 1, 1953, in Jacksonville, FL, the son of Benjamin Sr. and Barbara (Moose) Simmons.
He graduated from Dartmouth College, Class of 1975, with a Bachelor's degree in Economics. He was a member of the championship football team all four years of college. In the early 1980's, Ben moved to Maine. He began working for the Brewer, Maine School Department in 1996 and was still employed there at the time of his passing. Ben knew a lot about a lot and, while he would have been a great Jeopardy contestant, his family always enjoyed playing "Stump the Buck" with him. He lived a simple life and was beyond genuine with his care for others.
Ben is survived by his parents; sister Karen Rowland; brother Christopher Simmons; nieces and nephews JC Rowland, Nicole Rowland, Hannah Simmons, Christopher Simmons and his son Brayden, Heather Simmons, Melissa Buteau, Maegan Buteau; many wonderful cousins; numerous friends and coworkers from the Brewer School Department.
In lieu of flowers, donations in Benjamin's memory may be made to Brewer School Department Scholarship Fund, 261 Center St., Brewer, ME 04412 for the Ben Simmons Scholarship.
Messages and memories can be shared with the family at kileyandfoley.com
Arrangements by Kiley & Foley Funeral Service, 299 Union St., Bangor.
Published by Ocala Star-Banner from Mar. 24 to Mar. 25, 2021.
To plant trees in memory, please visit the Sympathy Store.
MEMORIAL EVENTS
To offer your sympathy during this difficult time, you can now have memorial trees planted in a National Forest in memory of your loved one.
Funeral services provided by:
Kiley & Foley Funeral Service
MAKE A DONATION
MEMORIES & CONDOLENCES
Sponsored by Ocala.com.
5 Entries
I am so sorry to hear this. My family got to Grissom AFB the summer Wyman graduated from MHS and he took me out several times to school events to introduce me to classmates so I would have friends in the Fall. He was funny and so thoughtful and even came by when he was on break from Dartmouth. I loved him and have thought of him often since then. I’m so sorry for this loss.
Beverley (Nicholson) Benda
Classmate
April 14, 2021
WYMAN SIMMONS WAS A WONDERFUL FRIEND. I MET WYMAN AND HIS FAMILY AT GRISSOM AIR FORCE BASE IN 1968. WYMAN WAS AT THE TOP OF HIS CLASS IN ACADEMICS AND WAS ONE HECK OF A FOOTBALL PLAYER. MY HEART GOES OUT TO WYMANS MOM AND DAD HIS SISTER HANNAH AND HIS BROTHER CHRIS WHO WAS AND STILL IS A GREAT FRIEND. REMEMBER WYMAN WAS THE WAY HE WAS BECAUSE HIS MOTHER AND FATHER RAISED HIM TO BE THE WAY HE WAS. PRAISE GOD FOR MEN LIKE BENJAMIN WYMAN SIMMONS AND THE PARENTS HE WAS BLESSED WITH.
PATRICK STAMMERS
Friend
March 25, 2021
Just wanted to say we are so sorry to hear of Wyman’s passing l. Nobody is ever ready to let a loved one go. But you are a strong family so hold on to each other. Wyman got everybody together for a reason we my never know. I don’t know the whole family, but I do know Ma & Pa Chris and Hannah. Let Wyman live through each of you and don’t forget to tell each other you love them. So close your eyes do you feel it? I am giving each of you a hug! Chris you know you still have a little brother in Indiana that loves you!! LOVE FERGY AND JOYCE
Fergy
Friend
March 24, 2021
Just wanted to say we are so sorry to hear
J Ferguson
Friend
March 24, 2021
Hearing of Wyman's passing has broken my heart. Wyman was the son every parent would want. He was the older brother we all looked up to. He honored his father and mother with respect for them in the home and he honored them with the way he conducted himself in the community. The very golden rules that he was taught as a child, he applied in life. He was a kind, generous, loving, tender hearted man who still walked like John Wayne. He was always the responsible one. One of my fondest memories is when the Simmons family (who are the salt of the earth) allowed me to tag along with them at the Harvard/Dartmouth game where I got to watch my friend Wyman Simmons play. I'll miss you old friend. My prayer is that the Holy Spirit will comfort the Simmons family in their great time of need.
Steve Bluse
March 24, 2021
Showing 1 - 5 of 5 results