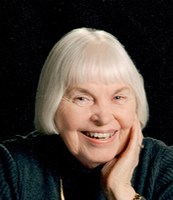 BORN
1938
DIED
2021
FUNERAL HOME
Wilson Family Funeral Home
1290 Winton Way
Atwater, CA
Doris 'Snooky' Lorraine (Barnhart) Snapp
Born: August 25, 1938
Died: September 1, 2021
Doris Snapp – medical technologist, mother, sister, grandmother, great-grandmother and all-around best friend – passed away surrounded by her family on Sept. 1, 2021, while in hospice in Fresno, Calif. Doris was born at home on Aug. 25, 1938 in rural northwestern Illinois in a house with no electricity or running water, and her life's journey ended shortly after her 83rd birthday with Doris having mastered texting, Portal calls and Zoom sessions in order to stay in touch with her large circle of family and friends.
Doris is survived by her daughters, Catherine L. Snapp (Mark Ludwig) of Sacramento, Calif.; Laura A. Linville (James Linville) of Portland, Ore.; and Annette L. Snapp (Gloria Sajgo) of Fort Myers, Fla.; and nine grandchildren: Lynnette, Stephanie, Catherine, Miriah, Scott, Madeline and Jacqueline Linville; and Ashley and Christoph Ludwig; and great-granddaughter Samantha DaMota (Stephanie's daughter).
Doris is also survived by her sisters, Della "Polly" Martin and Donna "Duffy" Reuter of Freeport, Ill.; Karen Kulas of Pearl City, Ill.; and Edith "Jean" Donahue (Gerald) of Carbondale, Ill.; and her brother, Kenneth Barnhart (Susan) of Weslaco, Texas; and numerous cousins.
She was preceded in death by her husband, Robert G. Snapp, her father, Earl Barnhart; her mother, Viola (Bonner) Barnhart; and her brother Richard Barnhart (Kathleen).
Her memorial service will be at 10 a.m. Saturday, Sept. 25, at Atwater United Methodist Church, 2550 Linden St., Atwater, Calif. A final memorial service will be held in northwestern Illinois in the summer of 2022.
Doris was born and grew up in Pine Creek Township near Mt. Morris in northern Illinois. She was the third-oldest of seven children. In a family with colorful nicknames, her nickname of "Snooky" or "Snooks" was bestowed upon her by her family after the mischievous radio character Baby Snooks and doll of the time.
Doris walked along Pine Creek on the way to a one-room schoolhouse, sledded down the frozen mill race in the winter with her sisters and brothers and helped to raise vegetables. She moved with family to "town" in Mt. Morris, where she attended Mt. Morris High School and graduated in 1956. Doris married Robert Grant Snapp on Aug. 30, 1957, at the Church of the Brethren in Mt Morris, and they raised three daughters.
Doris exemplified the pioneer professional woman of the 1970s: going back to school in her 30s, first at Highland Community College in Freeport, Ill and then at Northern Illinois University in DeKalb, Ill. In 1974 she earned a bachelor's degree in clinical laboratory science/medical technology/technologist from NIU.
In 1974, Doris, Bob and the girls moved to Effingham, Ill., where Doris worked at St Anthony Memorial Hospital as a medical technologist and in 1981, the family moved to Merced, Calif. where she also worked as a medical technologist at what was then Mercy Hospital. In 1988, Doris and Bob moved to nearby Atwater, Calif., and Doris continued to work as a medical technologist and also earned a California real estate license. During this time, Doris and Bob sponsored a young Japanese exchange student, Kio Shimizu, who became part of their extended family as she visited them more than 20 times – in later visits bringing her sister and then her husband and two sons. Doris and Bob attended Kio's wedding in Japan.
We remember Doris for her love of learning – she was an avid reader and book club member – and her love of people. She treasured the friends that she made throughout her life. Doris enjoyed taking writing classes and sharing her writings with family. She was an active church member and very involved in her community, including as a Girl Scout leader who took her troop on overnight canoe and bike trips.
Doris also enjoyed traveling and the outdoors. She traveled with her daughter Annette to Mexico and later visited Annette several times in England. Her travels with family – including to and from family reunions – spawned a whole genre of family stories that were told and retold.
Doris and her daughter Annette relentlessly searched for the birth family of her late mother, Viola Bonner, and used DNA searches to find the family just a few years ago through her newly discovered first cousin, Janet McDonald. Doris met her mother's sister, Hildreth (Bruschwein) Grimes, and was elated by Aunt Hildreth's warm welcome. She felt very lucky to be accepted as part of the Bruschwein/Wiens family and to expand her family circle and repertoire of family stories.
Donations in honor of Doris' memory can be made to Atwater United Methodist Church, 2550 Linden St., Atwater, Calif. 95301 or to the Northern Illinois University Foundation, P.O. Box 746, DeKalb, Ill. 60115. In the memo field of checks to the church or to the foundation, please note: Doris Snapp Memorial.
Published by Ogle County News from Sep. 22 to Oct. 1, 2021.
To plant trees in memory, please visit the Sympathy Store.
MEMORIAL EVENTS
Sep
25
Memorial service
10:00a.m.
Atwater United Methodist Church
2550 Linden St, Atwater, CA
Funeral services provided by:
Wilson Family Funeral Home
MAKE A DONATION
MEMORIES & CONDOLENCES
Sponsored by Wilson Family Funeral Home.
1 Entry
The Staff and Wilson Family Chapel wishes to extend their sympathy and their assistance for this time of need.
The Staff of Wilson Family Chapel
September 19, 2021
Showing 1 - 1 of 1 results