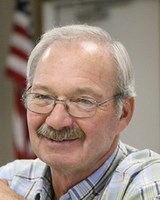 BORN
1945
DIED
2021
FUNERAL HOME
Unger-Horner Funeral Home - Rochelle
400 N 6th St.
Rochelle, IL
Leslie D. 'Les' Bonnell
Born: December 29, 1945 in Amboy, IL
Died: December 29, 2021 in Oregon, IL
Leslie D. "Les" Bonnell of Steward, IL passed away on his birthday, Wednesday, December 29, 2021 at the Serenity Home in Oregon, IL.
He was born on December 29, 1949 in Amboy, IL to Leo L. and Wandalee (Meyers) Bonnell. After graduating from the University of Illinois as a James Scholar, he enlisted in US Army Reserve where he served 12 years as a drill sergeant. He received the Army Commendation Medal. Always interested in improving the Village of Steward, he laboriously worked many years as a trustee. He was a member of the Steward United Methodist Church, and the Compton American Legion.
Les enjoyed working. He was a member of the Local 150 International Union of Operating Engineers, primarily employed by Reliable Excavating of Mendota, then Whittaker Construction and Excavating of Earlville. Les was involved with construction of many of Fermilab National Laboratory's Projects. He also appreciated the beauty of nature, enjoying the outdoors and feeding the birds on his property. But above all, Les loved spending time with his family, especially his two grandsons.
Les married Karen Totten on April 4, 1971, and in their 50 years of marriage, they became quite a team. They have two daughters, Jessica (Andy Bykowicz) Bonnell of DeKalb and Tonia (Todd Fleming) Bonnell of Denver, CO, and two grandsons: Linden and Forrest Fleming. He is also survived by his brother, Alvin (Sheryll) of Jefferson, WI, and two sisters-in-law: Chris Bonnell of Troy Grove, IL and Elaine Bonnell of Amboy, IL.
He is preceded in death by his parents, two brothers: Lowell and Howard, and sister, Arlene Jacobs.
Memorial service was Monday, Jan. 3 at the Unger Horner Funeral Home, Unger Horner Funeral Home, 400 N 6th St., Rochelle. Burial was at Lee Center Cemetery, with military services provided by the US Army and the Compton American Legion. The memorial service was recorded, and is and available to view on the Unger Horner Facebook page.
In lieu of flowers, memorials may be made to the Steward United Methodist Church, or Serenity Hospice and Home. Guest book may be signed at www.UngerHorner.com.

Published by Ogle County News from Dec. 30, 2021 to Jan. 7, 2022.
To plant trees in memory, please visit the Sympathy Store.
MEMORIAL EVENTS
To offer your sympathy during this difficult time, you can now have memorial trees planted in a National Forest in memory of your loved one.
Funeral services provided by:
Unger-Horner Funeral Home - Rochelle
MAKE A DONATION
MEMORIES & CONDOLENCES
Sponsored by Unger-Horner Funeral Home - Rochelle.
2 Entries

Cris&Cher Farley, Joan Perkins
January 3, 2022
Our condolences to you. We are unable to attend the funeral but we send our love and sympathy .
Mark and Pam Bucey
Family
January 2, 2022
Showing 1 - 2 of 2 results