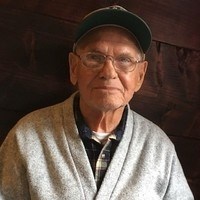 BORN
1928
DIED
2021
FUNERAL HOME
Farrell-Holland-Gale Funeral Home
110 South Seventh Street
Oregon, IL
Willis B. Cline
Born: May 4, 1928 in Oregon, IL
Died: September 13, 2021 in Mt. Morris, IL
OREGON – Willis B. "Willie" Cline, 93, lifelong Oregon resident, passed away Monday, September 13, 2021 in Pinecrest Manor Nursing Home, Mt. Morris. Born May 4, 1928 in Oregon, the son of Thomas and Ruth (Cox) Cline. Will graduated from Oregon High School in1946. His wife of 38 years Donna A. (Reinders) Cline predeceased him on June 9, 2019 and his first wife Rosemary (Moore) Cline predeceased him on August 6, 1974. Willis was a US Army veteran who served our country during the Korean War. He retired from the USPS in Oregon, employed for over 36 years. He was a member of Oregon VFW Post #8739 and the Mt. Morris American Legion Post #143 for 62 years. Will was the last of the (7) CLINE BROTHERS to depart this world. Will never met a stranger – he really enjoyed visiting with people while on his daily walks in downtown Oregon and later with the staff and friends at Pinecrest. Will was a "good man" by always doing "what was right." Whether it was taking care of his wives when their health declined or opening up his house for in-laws and later his step-son and two grandchildren. He was predeceased by his parents; wives, Donna A. and Rosemary; brothers and sisters-in-law, Howard (Lois), Carl (Eva), Wilbur, Earl (Arlene), Nelson (Donna B.) and Richard. He is survived by his step-son, David Koeppen of Oregon; step-daughter, Doreen (David) Robinson of DeKalb; four step-grandchildren, Garetty Koeppen, Seth Koeppen, Derick (Amy) Robinson and Ashley Robinson; four step-great grandchildren, Noah, Emily, lily and Milo; and several very special nephews and nieces. His family would like to thank the caregivers at Pinecrest Manor for the wonderful care that they provided. We would also like to thank Serenity Hospice for their compassion. A final thank you to Dr. John Plescia for many years of care and support for both Will and Donna. In accordance with Will's wishes, a private graveside service will be held at Grand Detour Cemetery with Rev. Rodney Caldwell, Pinecrest Manor Chaplain, officiating. No visitation. In lieu of flowers and /or donations to the family, please make a donation in his memory to Serenity Hospice & Home, Oregon or the charity of your choosing. Farrell-Holland-Gale Funeral Home assisted the family.
Published by Ogle County News from Sep. 13 to Sep. 17, 2021.
To plant trees in memory, please visit the Sympathy Store.
MEMORIAL EVENTS
To offer your sympathy during this difficult time, you can now have memorial trees planted in a National Forest in memory of your loved one.
Funeral services provided by:
Farrell-Holland-Gale Funeral Home
MAKE A DONATION
MEMORIES & CONDOLENCES
Sponsored by Farrell-Holland-Gale Funeral Home Oregon Chapel.
0 Entries
Be the first to post a memory or condolences.