LaKisha was born on May 6, 1991, in Akron, Ohio. Kisha was introduced to the Lord at the early age of four. She attended Emmanuel Christian Academy and was a member of The House Of The Lord church. Kisha enjoyed cheerleading and cheered for the West Griffins Pee Wee's from 2002 to 2005. She relocated to Columbus, Ohio with her family in 2006, where she also cheered on the high school level. She graduated from Independence High School in 2009. Kish enjoyed working with children and teenagers with special needs. She was always a hard worker, striving for the best. Kisha was an exceptional, caring and loving mother to her two year old son. She attended The University of Akron and Stark State College in Canton, Ohio. She was employed by G.C.G. Inc., as a customer service representative. She had a gentle, kind, spirit and shared her kindness with everyone she met. Those of us who knew her will sadly miss her.

Special thanks to the nurses and staff of the M.I.C.U., Dr. Ben Miller, Dr. Dasenbrook, and Dr. Ramus.

Published by Akron Beacon Journal from Mar. 30 to Apr. 6, 2014.
To plant trees in memory, please visit the Sympathy Store.
MEMORIAL EVENTS
Mar
31
Visitation
12:00p.m. - 1:00p.m.
The House Of The Lord
1650 Diagonal Rd., Akron, OH
Mar
31
Funeral service
1:00p.m.
The House Of The Lord
1650 Diagonal Rd., Akron, OH
Funeral services provided by:
Stewart & Calhoun Funeral Home
MAKE A DONATION
MEMORIES & CONDOLENCES
Sponsored by Akron Beacon Journal.
54 Entries
LaKisha, was a beautiful young lady! Who I watch from and infant to a young adult! Kisha was my lil cousin! I miss her so much! And SHE WILL NEVER BE FORGOTTEN! HER SON LOOKS LIKE HER more and more EVERY DAY! Kisha, Please continue to watch over your mother, son , & Grandparents! We LOVE YOU AND MISS YOU BEYOND WORDS UNTIL WE MEET AGAIN!!!!!!!!!!!!!!!!!!!!! That candle will continue to burn!!
Dawn (Murray) Rouse
Family
March 25, 2019
Praying for you and my family during this difficult time. Word cant express the pain of your absents.... May God continue to lift your spirit and heal your hearts.
Jill Cole-McMillan
April 16, 2014
KELLY RICHARDSON
April 9, 2014
So sorry for your lost, she's your guardian angel now.

"Blessed are those who mourn, for they shall be comforted." Matthew 5:4

God Bless you.
Shana
April 6, 2014
My heart breaks for LaKisha's family. May GOD bless and comfort you in this difficult time.
In CHRIST. ..
Dr. Day Gardner
April 6, 2014
I would like to send my deepest condolences to the family of kisha.I will always remember the memories we shared as children and how kind of
a person she was..always smiling!!!

Rest peacefully kisha
Cierra C
April 6, 2014
I do not have to know you to say sorry for your loss and God bless you.
April Moore
April 6, 2014
My condolences to the family on behalf of the previous administration of the Akron Parent Pee Wee Football Association and West Griffins....Former President,Donnie Christian
Donnie Christian
April 6, 2014
TO MY DEAR FRIEND MICHELLE, DESHAWN & WILSON FAMILY.MAY YOU FIND PEACE IN KNOWING THAT SHE WAS DELIVERED SAFE INTO THE ARMS OF OUR LOVING SAVIOR.MAY HE COMFORT YOU AS YOU GO THROUGH YOU TIME OF GRIEF.
LISA(JONES)&ROBERT WADE
April 6, 2014
R.I.H
Sherrod Oliver
April 6, 2014
R.I.H...YOU'LL FOREVER BE IN OUR HEARTS
Tina
April 6, 2014
Offering our deepest condolences during this difficult time.
Stewart & Calhoun Funeral Home
April 6, 2014
Gods makes no mistakes i know its hard be strong shes ok now shrs in the hands of God you we will all unite again ...Be strong im praying for the whole family i didnt erdonsl know kisha but she was a beautiful person and loved stay together and be strong...love u
ohio
April 5, 2014
My prayers go out to the wilson family god bless you
shatanie
April 5, 2014
Oh DeShawn, I am so sorry for your loss. Sending thoughts & prayers to you & your family. It's not near enough to send but thinking of you.
Tammie M-P
April 5, 2014
De'Shawn,Michelle & The Wilson Family
My heart is so heavy learning of the loss of your loved one. My prayers and deepest sympathy are with all of you.


Love "Bootsie" Gloria Goode
Canal Pointe
Gloria Goode
April 5, 2014
I miss you Lakisha, rest peacefully beautiful
Tiffany C
April 5, 2014
Dear Kisha,
Even though we haven't talked in a while, you'll truly be missed. ALL those wonderful memories will be cherished and always know you were never forgotten to begin with! I'm sure your family as well as Antonio's will take wonderful care of your child. My memories will last forever, people will mourn for a while and though our hearts will never heal, the memories will mend the pain. Rest easy and know that you are in the best care that anyone could ever ask for!! Love ya much!

Your Friend,
Shaiana "Shay" Jones
April 5, 2014
Keeping your family in prayer during this difficult time.
Catrina Beck-Robinson
April 5, 2014
To The Wilson Famiy My Prayers Are With U
Sandra Sanders
April 4, 2014
To the Family of LaKisha Wilson, our condolences go out to you and the family. Her story really touched my heart. May God bless you in this time of sorrow and you find comfort and support in our Lord. May your hearts soon be filled with wonderful memories of joyful times together.
Debbie Juhlke
April 4, 2014 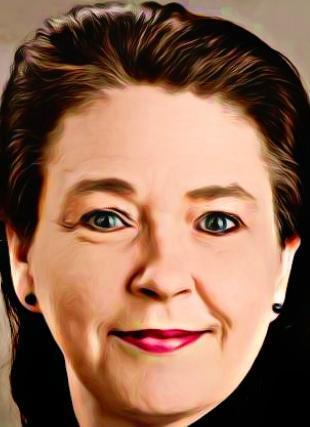 Lakisha was certainly beautiful. I am sorry for your loss and hold you close in prayer. Please know that many people are praying for you. The Lord is our shepherd. He is close to you now.
Lisa Graas
April 4, 2014
Dear Family of LaKisa Wilson,

You are in our thoughts and prayers! May the peace of God which passes all understanding, keep your hearts and minds through Christ Jesus. (Phil 4:7)

Rev. Arnold M. Culbreath
Cincinnati, OH
www.ProtectingBlackLife.org
April 4, 2014
To the Wilson family,,,,,,, I am so sorry for your lost. Praying for all of you. Angie Sykes
April 4, 2014
I don't know you, but your story touched my heart and I hope you find peace and love at this time and keep God close.
April 4, 2014
May you rest in peace…god makes no mistakes so it's best to never question him he just needed you home I'm praying for your son & family
Candy
April 4, 2014
Heaven has gained another Angel ?? Watch over your family and your lil Angel until we meet again May you rest peacefully baby ??
Kay Johnson
April 3, 2014
Our condolences go out to the Wilson family. Sorry for your loss. Always remember god is with you every step of the way during this most difficult time.
Keith & Lynn Shadie
April 2, 2014
My Thoughts and prayers are with you as you mourn the loss of two beautiful lives. May you find comfort in The Lord and know they are both now angels in heaven watching over you.
Jenae Marrim
April 2, 2014
You have always been an angel and now you are truly one...this has effected us all we love you and may God bless your family and son...The Pratt Family
April 2, 2014
May you rest in gods arms and may god comfort your love one. njl
April 2, 2014

Praying for your family at this devastating time.
Christina Dunigan
April 2, 2014
May you find comfort in the arms of our Lord and know through him all things are possible. Please accept my heart felt sympathies in the loss of this beautiful young lady and her sweet baby. God blesses, god heals.
Amanda Annonymous
April 1, 2014
I know your pain when made a hard decision. I'm praying for your family and that little blessing . May your beautiful soul rest in peace.
A mother of 3
April 1, 2014
Jeannie, Richie, De'Shawn, RJ, Baby Antonio and the rest of my family....words cannot express how saddened we are about Kisha. She was such a quiet young lady with a sweet spirit. I remember the last time I saw her, the smile that she had on her face when I saw her with Baby Antonio. It's the same smile she had and displayed as a little girl, allow the memory of that smile to radiate in your hearts as you think of her.... We know to be absent from the body is to be present with our Lord, so rest assure in knowing that she is safe in our Fathers loving arms. We pray for you all that God will grant you strength during this trying time. We love you. Your cousins,
Rita and Kevin Mitchell
April 1, 2014
I HAVE NO WORDS TO SAY....BUT I HAVE TEARS BECAUSE I KNOW OF THE PAIN YOUR FAMILY FEELS....IN TIME GOOD HEELS ALL WOUNDS...PRAYING FOR THE FAMILY AND YOUR SON REST IN HEAVEN
OHIO OHIO
April 1, 2014
Our thoughts and prayers are with you.

Denise Leipold
Right to Life of Northeast Ohio
April 1, 2014
Praying for ur lil one...may u forever watch and guide him in the right direction...rest lovely
Katia Williams
March 31, 2014
R.I.P
A mother
March 31, 2014
To Deshawn,Michelle & Family
So sorry to hear of the passing of your loved one.You are in my prayers and have my deepest sympathy during this most difficult time.May God grant your family peace in the time of your storm. Earth has no sorrow that heaven cannot heal.

Sandy (Leslie & Chris Prude's mom)
Sandra Sykes
March 31, 2014
Stay........ Strong and Keep... the Faith...Dwanda Murray and Family..(Antonio's Auntie)...I'm so so Sorry
March 31, 2014
To my family De'Shawn,Richard, R.J, Michelle and baby Antonio and to the rest of the family I sen my most heartfelt condolence for the loss of LaKisha. I know there are no words I can speak right now to ease your pain, but I want you to know that I am here for you in any way you need me. I will pray for your strength as you move through these next few days and here on. God Bless you all. De'Shawn I love you dear heart.
Stacey McGinnis
March 31, 2014
Earth has no sorrow that heaven can to heal. I praying for all our family but especially De ' Shawn, RJ, And the baby Antonio. Peace be with you always
Kimberly Murray
March 31, 2014
To Deshawn, Richard, RJ & baby Antonio
We send our deepest condolences! And will continue to keep you in our prayers! Lakisha is now your?? guardian Angel! ??
Love? guys!!
Remember the 23rd psalms!
Gene, Dawn, Lil Gene, and Octavia Rouse
March 30, 2014
Truly sadden to hear of your pasting. Such a beautiful young lady, from the inside out. Lord comfort the family during this most difficult time.
Tia Simone
March 30, 2014
You will be truly missed Hun. We hAvent crossed paths in a long while but I u remember your silly fun self all the times we had in cheerleading u were a fun person this is very sad I know your mom and dad and brother are very hurt as well as others. Just know that U will be missed Jess
March 30, 2014
RIH Heaven. I didn't know you personally but your story touched my heart.
March 30, 2014
Missung you cant gert my mind righr really hurting. Im gonna let you rest in peace but just know your gone but never will be FORGOT
Tanya Dorman
March 30, 2014
Showing 1 - 54 of 54 results