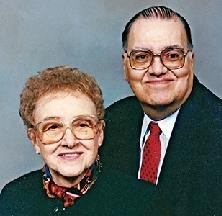 FUNERAL HOME
Donovan Funeral Home
17 Southwest Avenue
Tallmadge, OH
TOGETHER AGAIN William M. Brown, 93, passed away peacefully on June 10, 2020, under the care of hospice professionals at Allay Senior Care of Meyers Lake in Canton after a lengthy battle with Alzheimer's. Born in Manchester New Hampshire, William attended Manchester Central High School and graduated from The University Of New Hampshire with a Bachelor's degree in Chemical Engineering. After graduation, William worked at Bolta Products Co, later to become the Lawrence Massachusetts plant of the General Tire & Rubber Co. It was there where William met his future wife, Eunice. William and Eunice had two sons, both born in Massachusetts. In 1967 William was transferred to the General Tire headquarters, in Akron Ohio. The Brown family settled into the suburb of Tallmadge and joined the Tallmadge United Methodist Church. William volunteered at General Tire to become one of the first generations of Systems Analysts/Computer programmers in the corporate world. William retired from General Tire in May of 1986. William created the company Pickwick Computing and worked as a consultant at General Tire for two years before retiring for good in 1988. He loved working with computers, and it was his main hobby through much of his retired life. William served as the Stewardship General Manager and Trustee Chairperson while a member of the Tallmadge United Methodist Church. William was always willing to spend time with his sons' many activities. William was active with his sons' activities in Cub Scouts, Boy Scouts, and Indian Guides. William would frequently volunteer in his sons' activities in Pee Wee Football and Little League Baseball. In Little League Baseball, William would serve as the official scorer for the League and serve as the statistician for the boys' respective teams. William would help his sons with their Akron Beacon Journal paper route through bookkeeping and facilitating the delivery of the extremely heavy Sunday newspapers. He was preceded in death by his loving wife of 61 years, Eunice; parents, William and Agnes Brown. William is survived by his sons, Peter Brown of Tallmadge, Andrew Brown of Louisville, KY; brother, Donald (Hanno) Brown of Netherlands. A memorial service will be held at a date and format to be determined. In lieu of flowers, memorial donations may be made Tallmadge United Methodist Church, 207 N. Munroe, Tallmadge, OH 44278.

To plant trees in memory, please visit our Sympathy Store.
Published by Akron Beacon Journal on Jun. 21, 2020.
MEMORIAL EVENTS
No memorial events are currently scheduled.
To offer your sympathy during this difficult time, you can now have memorial trees planted in a National Forest in memory of your loved one.
Funeral services provided by:
Donovan Funeral Home
MAKE A DONATION
MEMORIES & CONDOLENCES
Sponsored by Akron Beacon Journal.
2 Entries
Hard to believe it's already been a year. Thinking about you and how much I miss you. I've been remembering all the good times in our lives as a family. Especially close to my heart is our trip to the Baseball HOF in Cooperstown when it was just the two of us. I still have a hard time believing both you and mom are gone.

I'm glad you are at peace and no longer suffer any kind of pain but for selfish reasons, I wish you were still here on earth with me. I miss my Saturday visits with you. In hindsight, I sometimes have regrets that I didn't handle your care arrangements differently. I hope you can forgive me.

I hope you are happy and celebrating with mom and all of our relatives who have passed to the other side. Love you always.
PETER R BROWN
Son
June 10, 2021
We appreciate you trusting us with the care of your loved one at this difficult time.
The Staff of Donovan Funeral Home
June 21, 2020
Showing 1 - 2 of 2 results