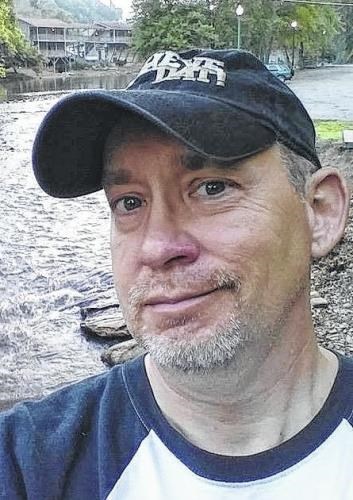 He was born Feb. 19, 1966, son of the late Roland E. and Sharon Ingels King. Randy was an Army veteran, a former officer for the Belpre Police Department, a former deputy for the Meigs County Sheriff's office, and an avid Saints fan.

Graveside services will be 11 a.m. Thursday, Sept. 1, 2016, at Gravel Hill Cemetery in Cheshire, with the Rev. Arland King officiating.

Visitation will be 6-8 p.m. Wednesday at the funeral home.

You are invited to sign the online guestbook at www.whiteschwarzelfh.com.

Published by The Daily Sentinel from Aug. 29 to Aug. 30, 2016.
To plant trees in memory, please visit the Sympathy Store.
MEMORIAL EVENTS
To offer your sympathy during this difficult time, you can now have memorial trees planted in a National Forest in memory of your loved one.
Funeral services provided by:
White-Schwarzel Funeral Home
MAKE A DONATION
MEMORIES & CONDOLENCES
3 Entries
So sorry to hear of Randy's passing but I know he's now at peace and telling his jokes to the angels. My the good Lord be with you, the family during your time of mourning. God Bless!.
Diana Taylor
September 3, 2016
Lisa and family, we are sincerely sorry to learn of Randy's passing. You are in our thoughts and prayers.