Berdee Holt
Berdee Stephens Holt, Harrah, OK, age 84, was born on May 6, 1926, in Harrah, OK. She was the daughter of William Bryan & Gladys Eula (Phillips) Stephens. She left this life on Monday, April 25, 2011, in Harrah, OK. Berdee graduated from Harrah High School as Valedictorian in 1944. She met Tim Holt in 1948, and they were married on September 4, 1952. They traveled on both coasts for a time and settled in Marshalltown, Iowa. They returned to Oklahoma in 1957 where their 3 children were born. Berdee was employed by the Oklahoma Corporation Commission in 1968 and was appointed Acting Secretary of the Commission in 1981. She retired in 1991. Berdee was a member of the Harrah United Methodist Church. Berdee was preceded in death by her parents; husband, Tim Holt; brother, Harold Stephens; stepson, Lance Holt; and sister-in-law, Elizabeth Marshall Holt. She is survived by 2 sons and daughter-in-law: Jack Holt & fiancee, Laura Mitchell, Arlington, VA; Jay & Sandra Holt, Harrah, OK; daughter and son-in-law, Bryanna & Joe Widener, Guthrie, OK; sister and brother-in-law, Rada & Robert Manwell, Jones, OK; sister-in-law, Billie Stephens, Lewisville, TX; 7 grandchildren and spouses, Jennifer Green, Kennedy & Wes Goforth, Shaeffer Holt, Spotty & Justin Mussyal, Tim Holt, Alexandria Holt, and Vivian Holt; 5 great-grandchildren, Bryce, Aiden, Dylan, Mason and Alyson; wonderful nieces and nephews by the ton and hopefully that many friends. So long, it's been good to know you. Love to all. The family will receive friends from 6pm to 8pm on Thursday, April 28th, at Smith-Parks Funeral Service, 2039 N. Tim Holt Dr., Harrah, OK. Services will be 10:00 AM, Saturday, April 30, 2011, at the Harrah United Methodist Church, Harrah, OK, with Rev. Randy Little officiating. Interment will follow at Memory Lane Cemetery, Harrah, OK. Services are under the direction of Smith~Parks Funeral Service in Harrah, OK. A guest book is available to share your memories on line. Please visit: www.smithparks.com www.smithparks.com
Published by Oklahoman on Apr. 28, 2011.
To plant trees in memory, please visit the Sympathy Store.
MEMORIAL EVENTS
To offer your sympathy during this difficult time, you can now have memorial trees planted in a National Forest in memory of your loved one.
MAKE A DONATION
MEMORIES & CONDOLENCES
7 Entries
While I never had the pleasure of meeting Berdee, I feel as though I had. For years I have researched the family of her famous husband, whose Westerns I saw in many a Saturday morning matinee, ca. 1950-1952. Tim was a direct descendant of Mildred Washington, whose brother Augustine was the father of President George Washington. My sincere condolences to her family.
Justin M. Glenn, Ph.D. (Registrar General, National Society of Washington Family Descendants) [email protected]
December 16, 2011 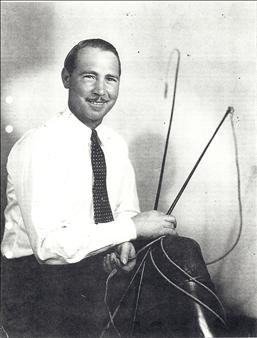 R.I.P from the Lindell family in Sweden.I know that Tim was working with my dads uncle Jack"Swede" Lindell sometimes..and he also know Berdee.
Peter Lindell
May 2, 2011
I never had the privilege of meeting Berdee only talking to her on the phone. But I feel honored to have known the Holt family. My condolences to all of you for your loss
Mike Newton
April 30, 2011
Miss Berdee -- what a wonderful lady. During the oil boom of the 80s, I was just out of high school, working for a law firm, and had to go the the OCC multiple times a day. Mrs. Holt took me under her wing, taught me the workings of the OCC and how to work with others in the legal community. Between my mentor at work (Marty Feldhake) and Mrs. Holt, I was given an invaluable experience. I will cherish it always.
Don't get me wrong, she was a formidable force! She was HIGHLY respected by the legal community who practiced before the OCC.
Berdee and Marty are swapping stories about the good old days! Enjoy ladies. I salute you!
Lori Mahaffey
April 30, 2011
Think of you all in your time of loss
rickey lawson
April 29, 2011
I also had the pleasure of knowing and working with Berdee at the Oklahoma Corporation Commission in the late 1960's and the middle 1970's. She was just as beautiful on the inside as she was on the outside; always displaying such intelligence, graciousness and expertise in both her personal and business lives. After all these years, her positive impact remains on my life. I miss you Berdee. God Bless you and your family through this difficult time. Your longtime friend,
Marion Poindexter Hunt
April 28, 2011
I worked with Berdee at the Oklahoma Corporation Commission and had the pleasure of knowing her. She was such a sweet and wonderful person. Always looking elegant. My condoloences to the family.
Snooks Campbell
April 28, 2011
Showing 1 - 7 of 7 results