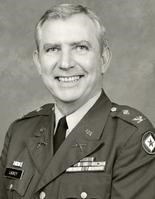 FUNERAL HOME
Mercer-Adams Funeral Service
3925 North Asbury Avenue
Bethany, OK
Homes John Lackey, Sr.
Oklahoma City - Homer John Lackey Sr., beloved husband, father, grandfather, and friend went to be with his Lord and Savior Jesus Christ on June 15, 2021, at the age of 92. He was born in Wilson, Oklahoma on October 14, 1928, to Homer B. Lackey and Hope Robinson Lackey. After moving to Oklahoma City, Homer graduated from Classen High School and the University of Oklahoma. He married the love of his life, Mary Lee Kellogg on October 14, 1952, at the First Baptist Church in Oklahoma City. After marrying Mary, Homer lived in Worland, Wyoming, Long Beach, California and Garland, Texas before settling in Oklahoma City in 1967, where he resided until his death. He was a member of Putnam City United Methodist Church where he served faithfully. As a Korean War veteran, he was very active in the church military veteran's events. Also, he rarely missed a lunch meeting of close friends nicknamed the Romeos at the Runway Café at Wiley Post airport. In addition to his relationship with Christ, he found his greatest contentment and happiness in his family. He cherished them and always was available to assist in any endeavor or to just hang out together. The joy they provided in his life and he in theirs was significant. The numerous "guy" trips to Roaring River will always be a part of us and we will always remember him saying, "It does not get any better than this." Staying in Cabin #2 will never be the same. Overnight camping and fishing trips on the Illinois River will also forever be recalled. Also, his faithful attendance to all of his grandsons' sporting events was top priority. Homer enjoyed a long career in sales and marketing. He had a talent that enabled him to increase sales significantly in companies both large and small. Past employers included Pfizer, Roussel Uclaf and Ford's Chemical. His honesty and work ethic combined with a compassionate and warm heart were to be commended. Homer served in the Korean War and was a recipient of the Bronze star medal for valor in combat. Afterwards he remained active in the U. S. Army reserves and attained a rank of full colonel.
Survivors are son, J. and his wife Karen; grandsons, Tanner (Katie and great-granddaughter Annie), Jake (Madison), and Grant. Additionally, he is survived by sister-in-law, Joyce Reed; nephews, Pete and Tom Reed; nieces, Susan Pierce (Bo) and Jill Walker (Steven), and their children. He was preceded in death by his beloved wife, Mary Lee; father and mother; and brother-in-law, Paul Reed.
It is comforting to us that remain to know that even though he has passed on, Homer is still very much alive. He believed in the following scripture, John 11:25 – Jesus said to her, "I am the resurrection and the life. The one who believes in me will live, even though they die."
We want to extend a special thanks to Physician's Choice Hospice and Quail Creek Senior Living for their support and care during this difficult time.
Viewing will be Thursday, 2-8pm at Mercer-Adams. Funeral services will be Friday, June 18, 10:00am at Mercer-Adams Chapel with interment at 3:00pm in Oaklawn Cemetery, Sulphur, OK. To share a memory or condolence, visit www.mercer-adams.com