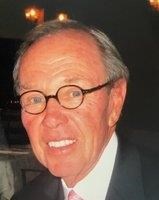 BORN
1939
DIED
2021
FUNERAL HOME
Hahn-Cook/Street & Draper Funeral Directors
6600 Broadway Extension
Oklahoma City, OK
John Michael Kelly, M.D.
Nichols Hills - It is with profound sorrow we announce the passing of Mike Kelly on May 28, 2021. Born January 7, 1939 in Little Rock, Arkansas. He attended the University of Arkansas in Fayetteville and was a member of Sigma Alpha Epsilon fraternity. In 1959 he entered the University of Arkansas School of Medicine in Little Rock. While in medical school he was elected to the honor society, Alpha Omega Alpha. After completing his internship in internal medicine in Little Rock, he was accepted as a resident in general surgery at the University of Virginia, Charlottesville. He then went to Johns Hopkins Hospital in Baltimore as a plastic surgery fellow from 1969 to 1971. He then accepted a position at the Oschner Clinic in New Orleans where he also served on the faculty at Tulane University. In 1975 he moved his family to Oklahoma City to become Chief of Plastic Surgery at the University of Oklahoma Health Sciences Center. After several years he entered private practice with Drs. Ed Dalton and Paul Silverstein, a professional relationship lasting over thirty years, retiring in 2010.
He was a member of The American Board of Surgery, a fellow of American College of Surgery, the American Board of Plastic Surgery, the American Association of Plastic Surgeons, the American Society of Plastic and Reconstructive Surgeons, American Society of Aesthetic Plastic Surgery. Mike was on the Board of Directors of Oklahoma City Golf and Country Club and the Board of the Oklahoma Medical Research Foundation. He was a member of the Casady School Board of Trustees, serving as Chairman of the Board for three years. As a member of All Souls' Episcopal Church, he served as a lay minister and was on the Vestry, serving as both a Junior and a Senior Warden. Mike was an avid golfer and was not only a member of Oklahoma City Golf and Country Club but also Castle Pines, in Castle Rock, Colorado, and Eldorado Country Club in Indian Wells, California. He served as President of the Board of Eldorado.Mike was extremely outgoing and made many close, lifelong friends through golf.
He is survived by his wife of almost 59 years, Margaret Lynn Wickard Kelly, three children, Christopher Roberts Kelly, Charles Bradford Kelly and Susan Lynn Kelly Kilburn and husband Steve, sisters Patty Freeman and husband Mickey Freeman, Kitten Weiss and husband Dr. John Weiss; three grandchildren, John Major Kelly, Lily Kathleen Kelly and Christopher Cannon Kelly. He was predeceased by his parents, Genevieve Roberts and Major LeRoy Kelly. Memorial Service will be held at 2:00 pm, Wednesday, June 2 at All Souls' Episcopal Church in Oklahoma City and live streamed at https://www.facebook.com/allsoulsokc. In lieu of flowers, please send memorials to All Souls' Episcopal Church, 6400 North Penn, OKC, 73116, Casady School, 9500 North Penn, OKC 73116 or Oklahoma City Medical Research, 825 Northwest 13th St., OKC 73104.