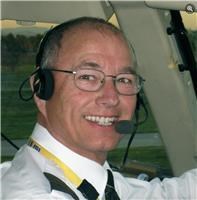 BORN
1951
DIED
2021
FUNERAL HOME
Heady-Radcliffe Funeral Home
706 West Jefferson Street
Lagrange, KY
Donald "Donny" Wayne Bean, 70
Crestwood
Donald "Donny" Wayne Bean passed away Nov. 14, 2021 at Lyndon Woods Care and Rehabilitation Center in Louisville, Ky.
He was born in Okolona, Miss. on March 13, 1951 to Henry L. Bean Sr. and Dorothy M. Bean.
The son of a sharecropper, Donny spent his early days with his eye drawn to the sky. He loved to chase crop dusters as they would dive down over the fields his father worked. As he grew older that love of planes, grew into a drive to fly. A proud graduate of Mississippi State, Donny commissioned as an officer into the US Air Force in 1973. He was assigned a pilot slot and he and the love of his life, Marcie, were off on their adventure soon thereafter. He completed pilot training, was assigned the F-4 Phantom and moved abroad to Spain. Over the years, Donny also flew the OV-10, and the F-16. He worked directly with General Colin Powell during the Gulf War and commanded a fleet of F-16s in Puerto Rico. He served our nation for 20+ years, and as the years went on spoke of that time of his life as his best and most cherished memories.
After retiring from service Donny went on to fly for UPS as an A300 pilot. He adored the idea of playing Santa to children all over the world.
Donny was an avid photographer, a lover of Mississippi State Football, an ardent traveler; but above all these things, he was an amazing and loving husband, father and grandfather. He was our hero, and the epitome of the "American Dream" a patriot through and through. He was proof that if you work hard enough and love hard enough anything is possible. He instilled these values into his two sons, Chris and Shaun, and he was so proud that they followed in his footsteps flying for our nation's freedom.
Donny is survived by his beautiful wife Marcie M. Bean; two sons Major Chris (Misty) Bean of La Grange, and Major Shaun (Ally) Bean of Shreveport, La.; four grandchildren, Aiden, Savannah, Scarlett and Gabe; two brothers Henry (Linda) Bean Jr. of Sharpsburg, Georgia, Robert Bean of Powder Springs, Ga. and a sister-in-law Jane of Opelika, Ala. One brother, Benny Bean of Opelika, Ala., preceded him in death.
A Celebration of Life will be conducted at 11 a.m. on Friday, Nov.19, 2021, at Heady-Radcliffe Funeral Home with burial to follow in Floydsburg Cemetery. Visitation will be from 4 to 7 p.m. on Thursday.
Memorials may be made to Down Syndrome of Louisville, Lewy Body Dementia Association or Leukemia And Lymphoma Society.