Born on April 8, 1944 in New York City she was the daughter of James and Muriel Murphy Watkins.

Fontilla was raised in New York City and worked as a professional singer on the Coffee House Circuit, which toured college and university campuses around the country. Visits to the St. Bonaventure campus led to her decision to make this her home in the early 1970s. She began a career with the Social Security Administration in Olean and worked for 38 years, retiring in 2010.

She became well-known for her musical talents and for her love of helping others in the community. She performed with Olean Community Theatre and Bradford Little Theatre.

She was a longtime volunteer with the American Red Cross and she received several awards of recognition, including the Social Security Administration's Regional Commissioner's Citation, the Unity Award from the Spiritual Assembly of the Baha'is and the Cattaraugus County Baseball Umpires Association. She also won many trophies from her time playing in the women's softball league. Fontilla was the co-founder, along with Beverly Twitty-Terrien, of the Gospel Choraliers; was on the Board of Advisors of the African-American Center for Cultural Development; and was a featured member and singer of the bands Ebony & Ivory, Blue Wax and Mojo Hand Blues Band.

Surviving are a daughter, Jacquette Timmons of Brooklyn; and countless friends.

Arrangements are under the direction of the Casey, Halwig & Hartle Funeral Home, Olean.

Online condolences may be expressed at oleanfuneralhome.com. In lieu of flowers, memorial donations can be made to the American Red Cross or to the Cattaraugus County SPCA, P.O. Box 375, Olean, NY 14760.
Published by Olean Times Herald on Aug. 6, 2014.
To plant trees in memory, please visit the Sympathy Store.
MEMORIAL EVENTS
To offer your sympathy during this difficult time, you can now have memorial trees planted in a National Forest in memory of your loved one.
Funeral services provided by:
Casey Halwig & Hartle Funeral Home
MAKE A DONATION
MEMORIES & CONDOLENCES
30 Entries
I love u tortilla I know u are singing around heaven .
marcie
August 21, 2014
I wanted to reach out to your lovely daughter in her time of loss. I met her once at the Onoville show where you blessed us with your amazing voice and STYLE. I loved your style lady. You and I bonded thru the music and I will always cherish your memory until we meet again someday, on the other side, and again we shall enjoy music together and smile and give each other a big ole hug! your friend always Nita B.
Nita Bingerman
August 11, 2014 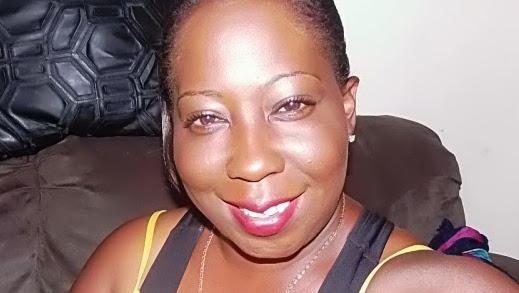 I am soooo very sorry. I count it a blessing to have re-connected with you on FB and was able exchange love after so many years. You are among the beautiful Angels including my baby boy Teddy. Please give him a hug for me. I'm sending you White Light and Love. You were and always will be great inspiration to this world and we love you. Blessings.....
Ena Griffin
August 9, 2014
I Love You Babe ... See you on the other side
Timothy Ross
August 9, 2014
I will miss you Fontilla...Always
Scott Ervay
August 9, 2014
Chuck Meyers
August 7, 2014
You will always be remembered in my heart. Godmother of my first born and a friend to the end PEACE BE STILL REST IN PEACE Fonnie.
Phyliss Elston
August 7, 2014
J,

Your grace and strength during the long illness is a testament to the wonderful values your Mom taught you.

You will always miss her; however, the pain will get better. You will find that your thoughts are not consumed with sadness- instead you will think of the way she laughed, loved softball, encouraged you to be authentically you and called you Mami.

Instead of sadness, you will smile and feel her arms around you.

My condolences to Tilly's family. I met Tilly in the 1980's through a close friend of mine, Elizabeth McLendon, and was endeared to Tilly immediately! What an amazing human-being! I admired her spunk, soul, and love for others! I especially enjoyed hearing her sing and dancing to her powerful, soulful voice. She made me laugh when she would say "work it girl" whenever I was out on the dance floor! I saw her last at Big John's in Cuba, NY about 1 1/2 yrs. ago when I was out celebrating my birthday. We spent the evening together catching up on old times and I felt so blessed to have that one on one time with her. I admired her courageous battle with cancer and know she is resting in peace with no more pain and suffering. The Heavens have been blessed with a beautiful soul and voice! I will miss you Tilly! Love, Laurie Buzzard
Laurie Buzzard
August 6, 2014
Showing 1 - 30 of 30 results