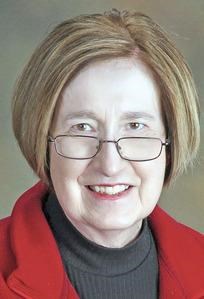 Beth Ann Letheby, of Parker, CO died May 2, 2021 at Life Care Center - Stonegate, after an extended battle with Parkinson's disease. Beth and her husband of 54 years, Ronald Letheby, were native Nebraskans, longtime Omaha residents and avid fans of University of Nebraska football. After retiring, they moved to Parker in 2009.

A MEMORIAL SERVICE will be held on May 14 at 10am at Horan McConaty in Centennial, CO.

5303 E County Line Rd, Centennial, CO 80122 | (303) 221-0030
Published by Omaha World-Herald on May 9, 2021.
To plant trees in memory, please visit the Sympathy Store.
MEMORIAL EVENTS
May
14
Memorial service
10:00a.m.
Horan & McConaty - South Metro/Centennial
5303 East County Line Road, Centennial, CO
Funeral services provided by:
Horan & McConaty - South Metro/Centennial
MAKE A DONATION
MEMORIES & CONDOLENCES
Sponsored by Horan & McConaty - South Metro/Centennial.
3 Entries
Neil and I are praying for you as you grieve, Ron. As you know, Beth was one of my closest friends in high school, and I will miss her.too.
Karen Larson Cole
May 17, 2021
Ron, I am so sorry about Beth's passing. She was a wonderful lady. My thoughts are with you and your family.
Carleen Gerjevic
May 10, 2021
Ron, I'm very sorry for your loss. I wish that I could say something to ease your grief. The only thing that comes to mind is the saying that there is no sorrow so great that time cannot heal.
Fred Pane
May 10, 2021
Showing 1 - 3 of 3 results