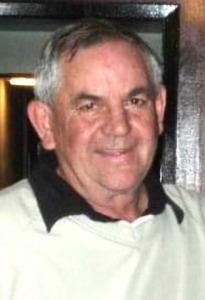 Clifford Dale Wiseman, age 71 of Emerson, NE, passed away Monday, January 4, 2021, surrounded by his family at his daughter's home in Sioux City.

Cliff was born July 2, 1949 in Peoria, IL, the son of Thomas Lee and Sarah Louise (Thurman) Wiseman. He attended school in Juniata, NE and graduated from Juniata High School. Cliff received his bachelor's degree from Kearny State College and his master's degree from Wayne State College. He married Mary Williams on August 1, 1969 in Juniata, NE. To this union, two children were born.

Cliff's first year of teaching was at a country school in Mirage Flats, NE and then he taught in Brule, NE for three years. He then took a leave of absence to own and operate a steakhouse with his brother in Juniata. Cliff missed working with children and coaching, so after a few years he got out of the restaurant business and went back to education. He taught at Emerson High School, where he also coached and was the guidance counselor for 31 years before retiring. With his love of people and helping, after retirement, Cliff went to work at Walmart part time. Being in education and with summers off, Cliff ran a firework stand with his brother in Juanita. Cliff's saying was always work hard and play hard, and he was a true testament to that. He would do anything and everything that needed to be done, and left no task unfinished. In his free time, he enjoyed fishing, hunting, sporting events, cheering on his beloved Nebraska Cornhuskers, and the annual Wiseman Fishing Trip at his brother's cabin. He was a big supporter of the Dakota Valley girls' basketball team, where his daughter and son-in-law are head coaches, but Cliff's true love and joy came from spending time with his family and spoiling his grandchildren and his beloved grand dog Sunshine.

Over the last year, Cliff's health problems tested his strength and perseverance but he was steadfast and fought through it all with grace, smiles, and love. He was a great husband, father, grandfather, brother, educator, neighbor, and friend and will be missed and cherished by many.

Cliff was preceded in death by his parents; two sisters, Diane Averill and Sandy Judy; three brothers: Chuck Wiseman, Babe Wiseman, and Charles Wiseman, who passed away at birth; and his beloved grand dog, Sunshine.

SERVICE: Friday, January 8, 2021, 12pm, at Meyer Brothers Morningside Chapel. VISITATION with the family present will be from 10am-12pm at the funeral home. Due to COVID-19, masks are required at the funeral home, but there is not a limitation or restriction on attendance. Burial will follow at Rose Hill Cemetery in Emerson, NE. Online condolences may be given at www.meyerbroschapels.com.