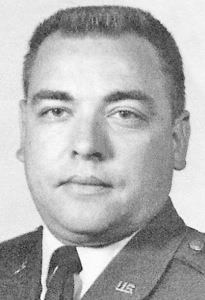 FUNERAL SERVICES for Gerald will be held at 10am Thursday, October 21, 2021, at Edensburg Lutheran Church in Malmo, NE with Rev. Quinlan Koch officiating. A lunch will follow services in Weston, NE. Interment with military honors will be at 2pm at Omaha National Cemetery in Omaha. Memorials can be directed towards the Nebraska Special Olympics.